Read inOther Languages
This Article is From Mar 07, 2020

K Anbazhagan died at the Apollo Hospitals in Chennai after a prolonged illness. 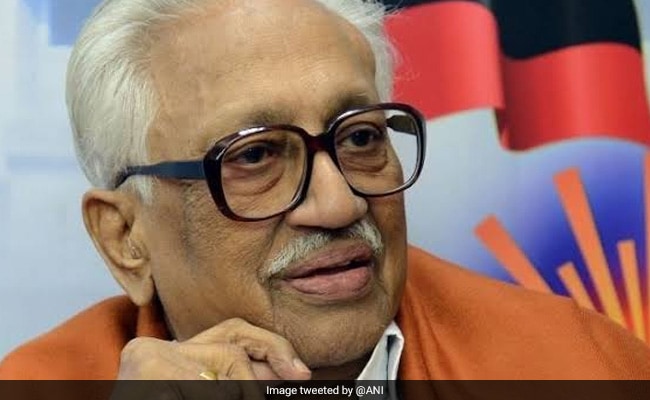 K Anbazhagan, DMK's General Secretary for 43 years, passed away in Chennai on Saturday at the age of 97.

He died at the Apollo Hospitals in Chennai after a prolonged illness.

Mr Anbazhagan was the General Secretary of DMK nine times from 1977. He was a nine-time MLA, one-time Lok Sabha member and former finance minister of Tamil Nadu and a close friend of former Chief Minister M Karunanidhi.

He was called Peraasiriyar (professor) as he worked as a lecturer at the Pachayappa college from 1944 to 1957. He later resigned and contested elections.

"DMK condoles the demise of General Secretary K Anbazhagan. DMK postpones all its party functions for 1 week and all DMK flags to fly half-mast for a week," the statement read.