Under "Sunday Lockdown," All Activities Halt In Tamil Nadu

Barring milk supply and health care services, all other activities came to a halt and markets were closed down. Shops, including those selling essential commodities, were shut. 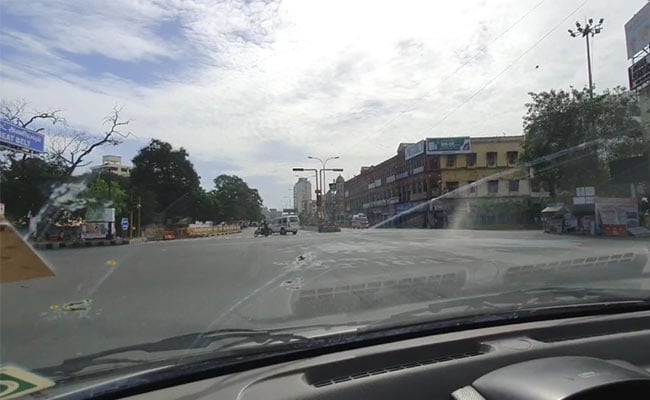 Tamil Nadu came under an intense lockdown, the third successive Sunday of full curbs without any relaxations to help fight COVID-19 and roads everywhere wore a deserted look as people stayed indoors.

Barring milk supply and health care services, all other activities came to a halt and markets were closed down. Shops, including those selling essential commodities, were shut.

But for cargo trucks, other vehicles went off the roads.

For sanitary workers, it was business as usual as they continued their clean up work, and personnel of civic bodies conducted door to door surveys to detect people with flu like symptoms and fever camps were also held.

Check posts were set up at key intersections in towns and cities, including 193 here and at district borders as part of measures to effectively implement the complete shutdown.

"No vehicle will be allowed to ply on the roads except those for milk distribution, medical emergencies and funerals," Chennai police said in a statement adding any other vehicle found operating without any of these valid reasons would be detained.

Following violations like opening of meat shops in quite a few areas like Virudhunagar district's Aruppukottai, authorities swung into action and closed down the outlets.

Greater Chennai Corporation said from May 8 till July 18, as many as 19,151 fever camps were held, in which 11,81,205 people participated, leading to detection of 62,470 people with flu-like symptoms.