BJP Gets Fewer Votes Than NOTA In RK Nagar By-Poll

This was BJP candidate K Nagarajan's second electoral failure. He had unsuccessfully contested the 2016 assembly polls from the city's Mylapore constituency. He is also a regular face in Tamil TV channels who puts forth his party's views on various issues. 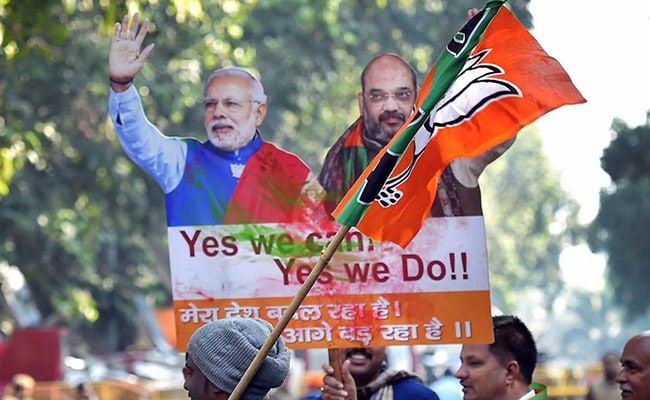 In south, it is hoping to win Karnataka in the assembly elections (File)

Chennai: The by-poll in Chennai's RK Nagar, which was sweeped by TTV Dhinakaran, was expected to be a three-cornered contest between the DMK, AIADMK and its sidelined leader TTV Dhinakaran. What came as a surprise was an unlikely battle for the fifth place, between BJP candidate K Nagarajan and the NOTA or none of the above button.

This was Mr Nagarajan second electoral failure. He had unsuccessfully contested the 2016 assembly polls from the city's Mylapore constituency. He is also a regular face in Tamil TV channels who puts forth his party's views on various issues.

Mr Nagarjuna's party, the BJP, has been a bit player in Tamil Nadu, where politics has for many years been dominated by the two regional heavyweights. But after coming to power at the Centre, it has been on an aggressive drive to increase the number of states it rules. After the last round of assembly elections, the party wrested Himachal Pradesh, one of the last few Congress-ruled states.

In south, it is hoping to win Karnataka in the assembly elections that will be held next year. BJP is also trying to make inroads in Kerala, where the party managed to put a foot in the door in state elections last year and several top party leaders including Yogi Adityanath, its chief Amit Shah took part in the high-pitched 'Janaraksha Yatra' in October.

It was also hoping to increase its footprint in Tamil Nadu. There has been a buzz about a possible merger between the ruling AIADMK and the BJP when Prime Minister Narendra Modi visited the state in November.

The Prime Minister also visited M Karunanidhi, the ailing 93-year-old chief of the opposition DMK, at his home in Chennai, setting off another round of speculation of a different political alignment.

Promoted
Listen to the latest songs, only on JioSaavn.com
On Sunday, TTV Dhinakaran won the race in Chennai's RK Nagar, which fell vacant after the death of former chief minister J Jayalalithaa, by more than 40,000 votes. He secured over 89,000 votes, defeating his nearest rival, AIADMK candidate E Madhusudhanan, who got 48,306 votes.