The election was crucial for the AIADMK, which has inherited the legacy of Ms Jayalalithaa, its charismatic leader for several decades. 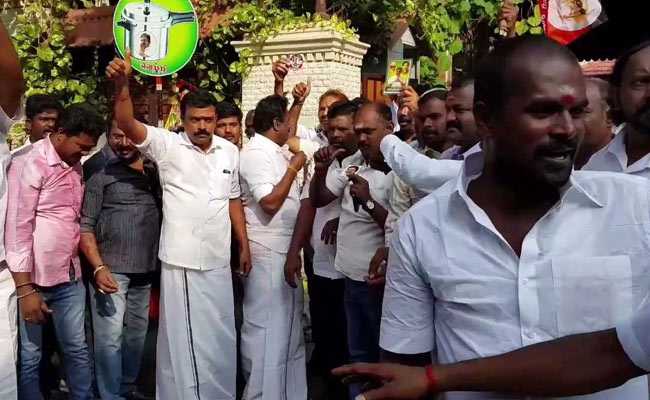 RK Nagar by-poll: Dhinakaran is around 2,500 votes ahead of his AIADMK rival E Madhusudhanan.

Chennai: Sidelined AIADMK leader TTV Dhinakaran on Sunday won the critical by-election for Chennai's RK Nagar, the seat that was held by former Chief Minister J Jayalalithaa till her death in December last year. He defeated his AIADMK rival E Madhusudhanan by a large margin of votes, serving a huge blow to Tamil Nadu's ruling party. DMK's Marudu Ganesh is a distant third. As his lead grew through the day, the followers of Mr Dhinakaran celebrated while the AIADMK's headquarters wore a deserted look.

"We are the true AIADMK...  people of RK Nagar have elected Amma's successor... E Palaniswami's government will fall in three months," said Mr Dhinakaran, who contested as an independent after being sidelined by the party following his aunt VK Sasikala's conviction in a corruption case. Both aunt and nephew had laid claim to the legacy of Ms Jayalalithaa owing to Ms Sasikala's long association with her.

Making light of the Election Commission's refusal of the two-leaves symbol to his faction, he said his faction represents the true AIADMK. "A candidate determines the symbol," he said. 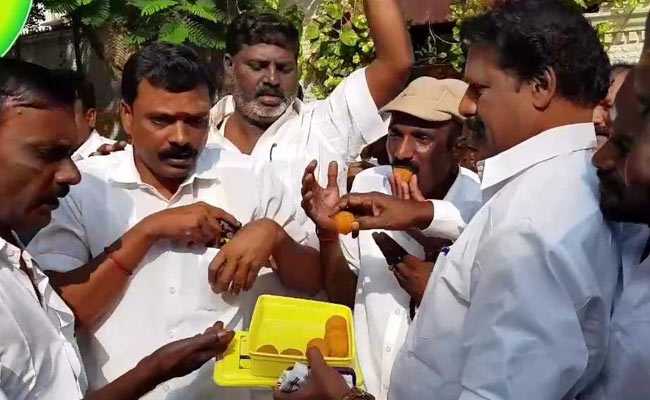 Followers of Mr Dinakaran has started assembling outside his residence and arrangements are being made for a grand celebration.

"I have already said the 'Two Leaves' will be a success symbol only if it was with Puratchi Thalaivar (party founder MG Ramachandran) and Amma (Jayalalithaa). Will the people vote if it is handed over to MN Nambiar and PS Veerappa?" he added amid chuckles from his supporters. Nambiar and Veerappa were famous yesteryear villains - the former had been being cast against MGR in many of the matinee idol's films.

The 54-year-old leader -- who was arrested for allegedly bribing Election Commission officials to get the two-leaves symbol -- is out on bail. His arrest is seen as an effort by the BJP-led Central government to give a boost to the AIADMK. The BJP has a marginal presence in Tamil Nadu and has been trying to expand its footprint. A tie-up with the AIADMK is seen as an option for the party.

For the AIADMK, which inherited the legacy of Ms Jayalalithaa and the party symbol, the election was crucial. Mr Dhinakaran had been at loggerheads with Mr Palaniswami. Legislators loyal to him had written to the Governor demanding that the Chief Minister step down, and later asked that a trust vote be held in the assembly.

After Ms Jayalalithaa's death, Ms Sasikala had taken charge of the party. But her chief ministerial ambitions put her on a collision course with O Pannerselvam. OPS, as he is fondly known, had been a regular stand-in for Jayalalithaa and had taken over her job before she died.

Promoted
Listen to the latest songs, only on JioSaavn.com
The party had split over the issue and the two factions merged in August only after Mr Palaniswami, who was leading one faction, agreed to Mr Panneerselvam's demand and evicted Ms Sasikala and Mr Dhinakaran. The two challenged the decision and claim to lead the real AIADMK, though their support in the party is dwindling.

Earlier this month, Mr Dhinakaran had lost his claim the AIADMK's two-leaves election symbol after the Election Commission recognised the merged AIADMK as the "real" party. The sidelined AIADMK leader contested with a pressure cooker as his election symbol.