2 Dead, 2 Trapped For Over 60 Hours In Tamil Nadu Quarry

Of the six workers, two remain trapped at the Tamil Nadu quarry at a depth of 300 feet for over 60 hours while two others have been rescued. 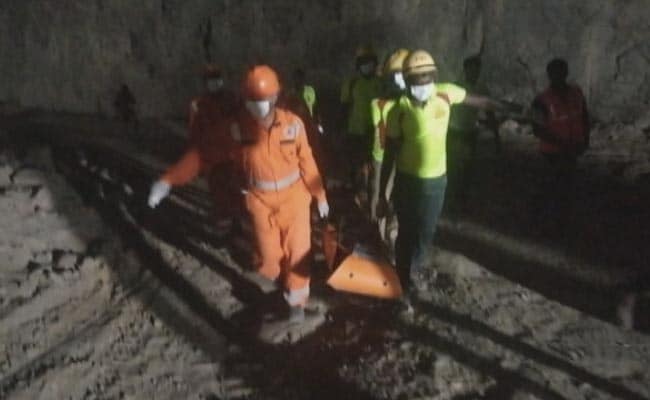 One more worker died inside a quarry (or an open-pit mine) in Tamil Nadu, raising the death count to two after six of them were trapped due to falling boulders.

Of the six workers, two remain trapped at a depth of 300 feet for over 60 hours while two others have been rescued.

An official said the workers got trapped in the Muneer Pallam area of Tirunelveli district on Saturday night after boulders rolled down from the top and a giant stone fell into the quarry.

The National Disaster Response Force (NDRF) joined the rescue operations on Monday. A day earlier, a helicopter had unsuccessfully attempted a rescue mission.

On Sunday, three workers were rescued but one of them died due to his injuries. The other two were taken to hospital for treatment.

Meanwhile, District Collector V Vishnu said the private stone quarry received the license in 2018 and it was set to be renewed next year.

The license-holder of the quarry has been arrested for alleged violation. The state government has also ordered crackdown at quarries across Tamil Nadu to check for violations.