"The seemingly unthinkable seems to have happened as @JKNC_ and @BJP4India have come together in Srinagar. But more on that later," Junaid Mattu claimed. 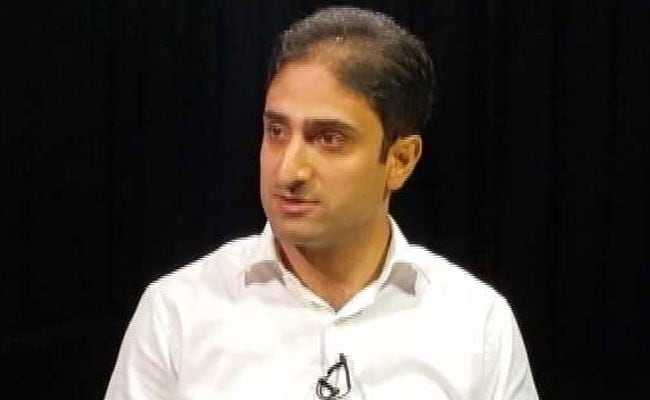 Junaid Azim Mattu was on Tuesday removed as the Srinagar Municipal Corporation (SMC) mayor after he lost a no-confidence motion moved against him in the city body.

The People's Conference leader, whose election as Srinagar mayor had generated controversy two years ago, took to Twitter to announce his defeat.

"The vote of 'No Confidence Motion' against me, and the @JKPC_ (Jammu and Kashmir People's Conference) has been passed in the SMC with 42 votes out of 70. The @BJP4India, @JKNC_ (Jammu and Kashmir National Conference) and some independents have polled against the @JKPC_ and @INCIndia abstaining whip where 28 Corporators abstained," Mr Mattu said in a series of tweets.

"I respect the verdict of the Corporation," he said.

Mr Mattu, who has survived a 'no-confidence motion in the past, claimed the BJP and the National Conference have joined hands in Srinagar.

"The seemingly unthinkable seems to have happened as @JKNC_ and @BJP4India have come together in Srinagar. But more on that later," he claimed.

"Time to spend some time with my family after nearly four months of our war against #COVID19," he added.

Mr Mattu said he is taking the verdict with humility and his chin up.

"For those who know me - they would know that I take this verdict with humility and my chin up! I am committed to serving the people of Srinagar to the best of my abilities now and also in the future," he said.

Mr Mattu's ascent to the mayor's office was surrounded by controversy.

Weeks before the first vote for mayoral elections was cast, former Jammu and Kashmir governor SP Malik had said he will be the next mayor of Srinagar.

Mr Malik's remarks had raised doubts about the election as the names of all contesting candidates were kept secret, even from their electorate, in view of security threat perceptions.

Over the past few days, a series of meetings were held at the residence of another controversial corporator and Mattu's party colleague Sheikh Imran.

While Mr Imran, who was removed as deputy mayor last December, has been laying low ahead of Tuesday's vote, he is believed to be the key player in removing Mr Mattu from the mayor's post.

The Congress, which has 17 corporators, had issued a whip asking its members not to take part in the no-confidence proceedings.