A total of 14 flights operated from Srinagar airport after noon, an airport official said. 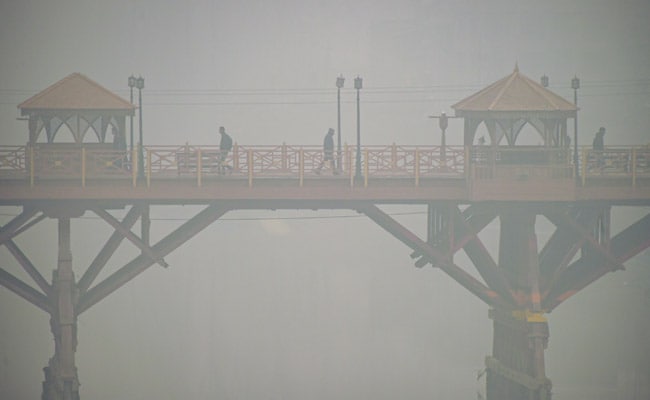 The visibility at Srinagar airport was less than 100 metres due to heavy fog. (File)

The air-traffic to and fro Kashmir was restored on Saturday after remaining suspended for seven consecutive days due to poor visibility caused by heavy fog and snowfall in the valley, officials said.

"The flight operations resumed this (Saturday) afternoon after seven days," an official of the Airports Authority of India (AAI) said.

He said a SpiceJet flight landed at the Srinagar airport around 12:15 pm and then took off around 1 pm, marking the resumption of the flight operations.

A total of 14 flights operated from the airport after noon, the official said.

However, 14 flights were cancelled in the morning due to poor visibility and the snow clearance operation at the runway, he added.

On December 6, several flights were cancelled due to bad weather, while no flight operations took place from December 7 to 13.

The visibility at the airport, due to heavy fog, was less than 100 metres and such conditions were not suitable for flight operations.

Over the past one week, heavy fog engulfed most parts of the valley, affecting the visibility and causing problems to the people, especially motorists.