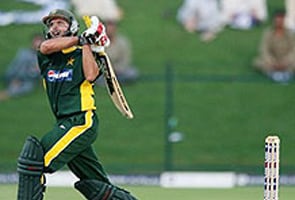 London: In an extraordinary move to check corruption in Pakistan cricket, the players have reportedly signed legally binding declarations swearing to give all "relevant information about potential corruption or breaches of ICC rules" to the Anti Corruption and Security Unit.

According to The Daily Telegraph, the Pakistan Cricket Board and the ICC asked the players to sign the declarations after the spot-fixing scandal that marred the team's recent tour to England.

Promoted
Listen to the latest songs, only on JioSaavn.com
"In the affidavits, the players have sworn that they have declared all relevant information about potential corruption or breaches of ICC rules to the ACSU. Should any player be found to have concealed information or failed to declare anything that could help the ACSU, they could then face heavy penalties including life bans," the daily quoted ICC sources as saying.

The unprecedented move highlights the ICC's growing concerns about corruption in cricket after three Pakistani players - Test captain Salman Butt and pacer Mohammad Aamir and Mohammad Asif - were suspended for alleged spot-fixing during a Test against England in August.