Asian Games gets bigger and bigger 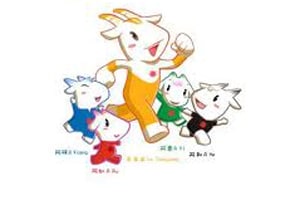 Guangzhou: The Asian Games have come a long way since the concept was formalised in New Delhi in 1949.

When they open in Guangzhou on November 12, more than 14,000 athletes and officials from 45 countries will be involved, competing in a record 42 sports. It will be the biggest Asiad ever with a television audience of billions.

In contrast, the first Games in Delhi in 1951 attracted just 11 countries which took part in six sports.

The concept though gathered momentum and the 2nd Games in Manila in 1954 highlighted the tournament's growth, with eight additional countries and regions taking part, bringing the tally to 19.

Although cycling was dropped, there were now eight sports on the program, with the addition of boxing, shooting and wrestling.

Korea, which has been one of the most successful teams at the Games, competed for the first time.

Four years later in Tokyo, the numbers had swollen to 1,422 athletes competing, with tennis, volleyball, table tennis, cycling and hockey taking the sports tally to 13.

This was also the first time a Torch Relay took place, adding ceremonial flair to the proceedings.

Japan continued its domination of the Games by topping the medals table.

Political unrest in Indonesia in 1962 saw the Jakarta Games reduced to 16 nations, but by 1966 the impetus was back again and the Bangkok Games were seen as a big success.

Bangkok again hosted the event in 1970 after South Korea, for political and financial reasons, pulled out and Thais, still enthralled by the atmosphere of four years earlier, proved ecstatic about hosting it again.

Yachting made its debut, and in a repeat performance of its first Games, the host nation finished third in the medals table.

New ground was broken when Tehran was chosen to host the tournament in 1974. It was the largest Asian Games up till then with 25 countries and regions taking part, and the first time it was held in the Middle East .

Fencing and gymnastics were added and for the seventh consecutive Asian Games, Japan finished top of the medals table.

Back to Bangkok in 1978 when both Singapore and Islamabad pulled out as hosts for financial and political reasons.

Archery and bowling were added, which helped boost the number of competitors to more than 3,800.

Once again Japan was triumphant, but China and Korea were closing the gap, with Japanese domination approaching its end.

The 9th Asian Games returned to its roots in New Delhi for the biggest Asiad in history, with more than 4,500 competitors from 33 countries and regions.

While fencing and bowling were dropped, equestrian, rowing, handball and golf were added, and Japan was finally toppled by China in the gold medal count.

Seoul used the 1986 Games as preparation for hosting the 1988 Olympics and for the first time the Games came under the control of the Olympic Council of Asia as media interest began to grow.

Martial arts played a more prominent part, with the introduction of judo and taekwondo. China topped the medals tally for the second time in a row.

In acknowledgement of China's rise, Beijing played host in 1990 with 37 countries and regions in 27 events. Taekwondo was excluded, along with equestrian events but canoeing, kabaddi, wushu and sepaktakraw were introduced.

China made it three Games out of three as it again took first place in the medals table.

Hiroshima's hosting of the Games four years later signalled the first time they were not held in a capital city.

As Hiroshima had been destroyed by an atomic bomb during World War II, the theme of the Games focused on peace and harmony.

Former republics of the Soviet Union, Kazakhstan, Kyrgyzstan, Tajikstan, Turkmenistan and Uzbekistan were introduced for the first time and Cambodia returned after 20 years.

Baseball, karate, modern pentathlon and tennis were added to the list of sports.

Being the host nation did not help Japan as China again finished first.

The Games returned to Thailand for a fourth time in 1998 as rugby, billiards, snooker and squash were added.

China, Korea and Japan maintained their stranglehold in the medal stakes.

With 44 countries and regions now involved, the 14th Asian Games in Busan, South Korea, featured 38 sports and 420 events, with Afghanistan returning to competitive action and Timor-Leste (East Timor) represented for the first time since its independence.

China topped the medals table for the sixth consecutive time, and they did it again in Doha 2006, only the second time the event had been hosted in the Middle East.

Promoted
Listen to the latest songs, only on JioSaavn.com
In Guangzhou, athletes will compete in cricket, dance sport, dragon boat, roller sport and Weiqi for the first time.