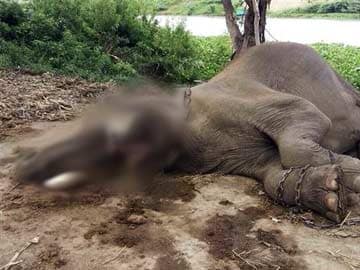 Krishnagiri: Two tuskers, aged around 15 and seven, have died in Chennamala Reserve Forest in the district in a suspected lightning strike, a forest official said yesterday.

The carcass of the elephants were found in a decomposed condition yesterday, indicating they might have died at least three days ago, Hosur Divisional Forest Officer Ulagananthan said.

He said the forest rangers on patrol duty noticed foul smell emanating from a locality in Chennamala, about 130 km from Krishnagiri, and found the elephants dead.

On receiving the information, higher forest officials and a team of veterinarians from Hosur rushed to the spot.

Promoted
Listen to the latest songs, only on JioSaavn.com
Postmortem indicated that the elephants had been struck dead by lightning. Specimen of the carcass were collected and sent for chemical tests for further analysis, the DFO said.

A pair of tusks was recovered from the spot and kept at his office, he said, adding further investigation was on.