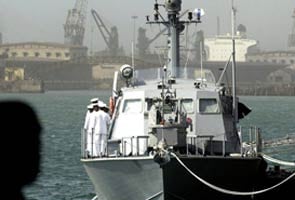 Chennai: Three main ports in Tamil Nadu have been put on alert following inputs of possible terror attack using the coastal routes. The security agencies are coordinating with the three port authorities to "thwart any untoward incident."

Union Shipping Minister GK Vasan has instructed chairmen of all the three major ports in the state - Chennai, Tuticorin and Ennore - to take all precautionary measures and to be "fully alert", a release from Chennai Port Trust said.

Security has been stepped up in the state following an alert from the Intelligence Bureau last week that terrorists plan to sneak in through the Palk Strait from Jaffna in Sri Lanka and attack Madurai and Mayiladuthurai.

Authorities are not taking any chances after an anonymous phone call, warning of an attack by a Pakistani group sailing from Sri Lanka, was received by a cop recently.

Additional security personnel have been deployed at each entry and exit points from both land and sea to prevent any untoward incident.

CISF QRT (Quick Reaction Teams) and Marine Commandos have also been directed for patrolling in the respective areas round the clock, it said. CISF's Intelligence Wing was also in touch with security agencies.

"Ports chairmen are in constant touch with the security agencies like Navy, Coastguard and Coastal Security Police, in maintaining close vigil on the situation and thwart any untoward incident," it said.

Promoted
Listen to the latest songs, only on JioSaavn.com
Security at the famous temple at Ramanathapuram district and the Pamban bridge have also been tightened.

Security has also been stepped up at the Atomic Power Plant at Kalpakkam and ISRO's Satish Dhawan Space Centre at Sriharikota in neighbouring Andhra Pradesh.

Shutters Of Various Dams In Kerala Being Closed As Water Recedes