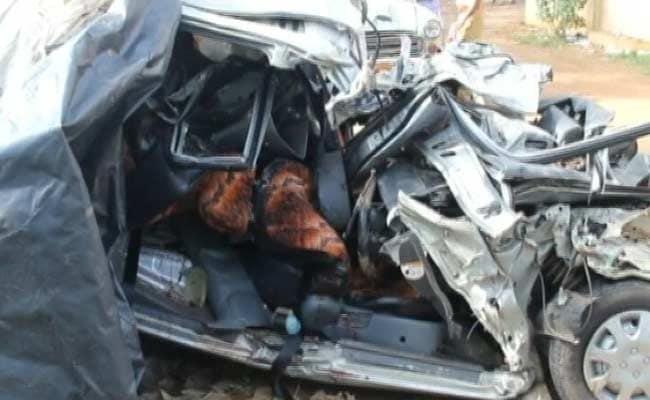 The car was smashed by the impact of the collision.

The police said the students died on the spot and it was difficult to even pull out their bodies from the car, which was completely wrecked in the collision.

The students, all in their third year at the Kollam Engineering College, were returning from a beach after a party when the accident took place. They were allegedly trying to overtake another vehicle on the highway when their car rammed a truck on the opposite side.

Promoted
Listen to the latest songs, only on JioSaavn.com
"The car was traveling at a high speed and it hit my truck. The bodies were taken out with great difficulty. All of them died on the spot," the driver of the tanker told the media.