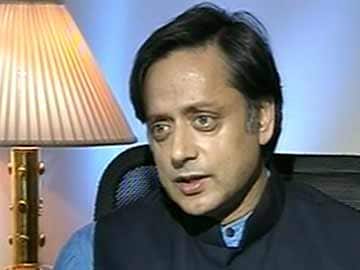 Kochi: Union minister Shashi Tharoor today once again made a strong plea for a Kerala High Court bench at Thiruvananthapuram even as eminent jurist and former Supreme Court Judge V R Krishna Iyer said he was against "slicing" of the High Court.

Majority of the states have multiple benches, Mr Tharoor, who represents Thiruvanthapuram in Parliament, said at a conference here on the 'Future of Law, Justice and Governance in India', organised as part of the 99th birthday celebrations of Justice Krishna Iyer.

Criticising the decision of the Bar Association to boycott the conference and issuing directive to lawyers to stay away from it, Mr Tharoor said "this was a new low in the history of public life".

Those behind such things should be ashamed to call themselves lawyers and were 'disgrace' to the profession, he said.

The Minister said he had looked forward to engaging with some leading members of the bar association on the question of High Court bench in the Kerala capital.

He said the volume of cases in Kerala had grown so much that today there were at least 20,000 cases pending cases, 50 per cent of which involve state government as litigant. The state government was spending over Rs 3 crore by way of TA/DA for officials to testify in the High Court, he said.

This was not only expenditure for government but officials had to be away from their work for at least two days to appear for a few minutes before the High Court.

There was a bench in Thiruvananthapuram in 1956, and by the present demand an attempt was being made only to revive it, Mr Tharoor said, adding, several states were having multiple benches. The only exceptions were Orissa, Madhya Pradesh and Kerala.

The minister of state for human resource development said successive Chief Justices of the High Court had not stated the reason for turning down the plea for a bench in the state capital.

Justice Krishna Iyer said he stood for the integrity of the High Court.

Pointing that a five-judge bench had been constituted to look into the issue, Iyer said he wanted the Chief Justice to preserve the importance of the High Court.

Promoted
Listen to the latest songs, only on JioSaavn.com
District wise division of high courts-- one in Kozhikode, Malappuram etc cannot be allowed, he said. The need of the hour is to provide justice to the people.