The Congress legislator has also sought police protection for himself, his family and people of the constituency he represents. 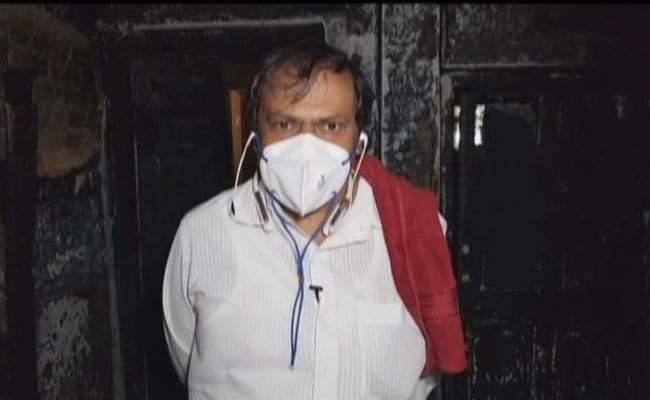 Karnataka Congress MLA R Akhanda Srinivasa Murthy on Friday lodged a complaint with the police after his house and property were attacked during the violence that erupted in Bengaluru over a social media post allegedly put up by his relative, and said the loss may be to the tune of Rs 3 crore.

The Congress legislator has also sought police protection for himself, his family and people of the constituency he represents.

"I have filed a complaint, in which I have mentioned about the damages and asked the police to investigate and give me justice by finding the culprits," Mr Murthy said.

Speaking to reporters, he said, with the complaint, he has given a list detailing his loss.

"An estimated loss of Rs 3 crore has been incurred, including the house... there is nothing left to call it a house, it will have to be demolished. I'm deeply pained because it is the house where I was born and where I grew up. It was built by my parents. It is filled with my parent's memories," he added.

Three people were killed after police opened fire to control a mob that went on a rampage in the city's DJ Halli and adjoining areas on Tuesday night over an inflammatory social media post allegedly put out by P Naveen, a relative of MLA Murthy.

The MLA's residence and a police station at DJ Halli were torched by rioters who also set many police and private vehicles afire, and looted the belongings of the legislator and those of his sister.

Maintaining that he has not blamed or named anyone in his complaint, Mr Murthy said the police should be allowed probe the matter.

"I have a brotherly relationship with everyone. I'm someone who believes in taking everyone along. I dont have hatred or enmity towards anyone. There was no need for anyone to have hatred toward me," he said.

Wondering what led someone to destroy his house, he said, "If something would have happened to someone in my family, who would have been responsible. So I have lodged a complaint and have sought protection."

Responding to a query on political rivalry, Mr Murthy said he has good relations with people irrespective of their party affiliation and works equally with everyone.

"I had no information or any clue about what the reason is...," he added.

There are reports that local politics, with an eye on upcoming Bruhat Bengaluru Mahanagara Palike (BBMP) polls, might have also added to the fury, pointing at alleged differences between local corporators and MLA Murthy, who had joined Congress from JD(S).

Asked whether the incident was a conspiracy by some Muslim leaders to cut down his influence in the constituency as has been reported, Mr Murthy said, "There is no such thing because all of us - Muslims, Hindus and Christians are all united here. For 25-years, there have not been any such incidents, it should not happen in the future also," he said.