Scientists Finally Know How Long A Day Is On Saturn

Using new data from the now extinct Cassini mission, scientists led by the University of California-Santa Cruz found that a year on Saturn is 29 Earth years. 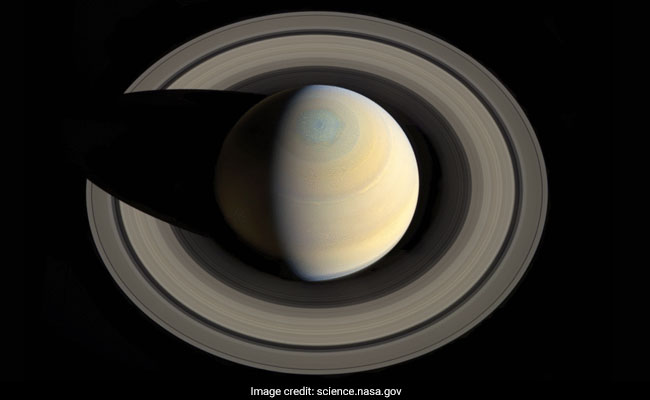 This was unknown till now because Saturn was hidden in the rings.

NASA's Cassini spacecraft has revealed that a day on Saturn is just over 10 and-a-half-hours-long, a finding that solved a long-standing mystery of solar system science.

Using new data from the now extinct Cassini mission, scientists led by the University of California-Santa Cruz found that a year on Saturn is 29 Earth years. The day only lasts 10 hours, 33 minutes and 38 seconds.

This was unknown till now because it was hidden in the rings.

Christopher Mankovich, a graduate student in astronomy and astrophysics at the varsity, analysed the wave patterns within the rings.

The findings showed that they respond to vibrations within the planet itself, acting similarly to the seismometers used to measure movement caused by earthquakes.

The inside of Saturn vibrates at frequencies that cause variations in its gravitational field. The rings, in turn, detect those movements in the field.

"Particles throughout the rings can't help but feel these oscillations in the gravity field," Mr Mankovich said.

"At specific locations in the rings these oscillations catch ring particles at just the right time in their orbits to gradually build up energy, and that energy gets carried away as an observable wave."

His research, published in the Astrophysical Journal, describes how he developed models of Saturn's internal structure that would match the rings' waves.

That allowed him to track the movements of the interior of the planet, and thus its rotation.

This is why the ring finding has been key to homing in on the length of a day.

"The researchers used waves in the rings to peer into Saturn's interior, and out popped this long-sought, fundamental characteristic of the planet. And it's a really solid result," said Cassini Project Scientist Linda Spilker. "The rings held the answer."

Cassini spacecraft, when low on fuel, made a fateful plunge into the atmosphere of Saturn on September 15, 2017, ending its 13-year tour of the ringed planet.