The World Magnetic Model is critical to sea and military navigation -- as well as our ubiquitous smartphones. 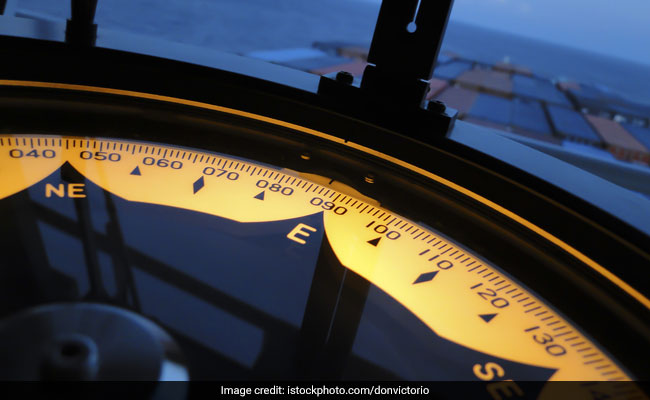 The magnetic North is the point at which the planet's magnetic field points vertically down.

The position of the Earth's magnetic North Pole -- used in navigation systems such as smartphones -- is moving far faster than it has, sending scientists scrambling to put out a new model this week.

The magnetic North is the point at which the planet's magnetic field points vertically down.

The World Magnetic Model is critical to sea and military navigation -- as well as our ubiquitous smartphones.

It normally is updated every five years but the schedule has been pushed forward one year "due to unplanned variations in the Arctic region," according to a statement from the US National Centers for Environmental Information.

The discovery of magnetic north in northern Canada dates back to 1831.

The wandering point, which long jiggled above Canada and barely moved, is now moving 55 kilometers (34 miles) a year, scientists said.

The Earth's magnetic field is generated mainly by movement of the liquid iron that makes up most of the Earth's core, 3,000kilometers (2864 miles) below the surface. That movement is what makes the magnetic poles shift, but the cause of the recent acceleration remains a mystery.

So scientists at the American NOAA and Britain's BGS  have had to update their model ahead of the late 2019 scheduled deadline.

"It's a very slow movement, but it's very real, and over several decades it can be several degrees," said Arnaud Chulliat, geophysicist at the University of Colorado Boulder and NOAA.

It does not matter much in the most populated areas, but "near the magnetic pole, the change is faster".

The model makes it possible to correct the direction indicated by the compass to find the geographic north, which is fixed.

Magnetic North has, over the centuries, moved more or less unpredictably into the archipelagos of northern Canada. Since the end of the 19th century, it has been heading toward Siberia.

Since the 1990s, the movement has accelerated, across the Arctic Ocean, from about 15 km/year to 50-55 km/year currently.

(This story has not been edited by NDTV staff and is auto-generated from a syndicated feed.)
Comments
Earth's magnetic North PoleNorth Pole