In 2014, SpaceX and Boeing were awarded $6.8 billion in contracts combined to fly NASA's astronauts to space. Both companies have suffered setbacks and delays. 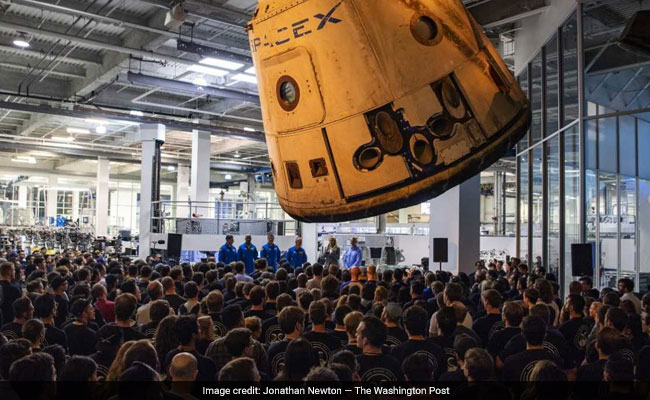 Outside the headquarters stands a towering rocket booster, the first to fly back to Earth and land instead of being ditched in the ocean. Inside, next to its mission control center, is a charred spacecraft hanging from the rafters, the first commercial capsule to reach orbit and return.

But on Monday there was something else on the factory floor: the quartet of NASA astronauts SpaceX plans to fly as soon as next year, who were greeted by a thundering applause by throngs of SpaceX employees, many decked out in matching SpaceX T-shirts.

Musk did not make a public appearance. 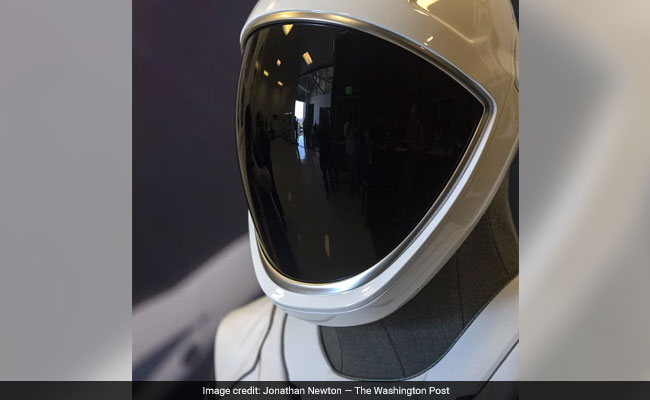 The astronauts' presence augurs a significant point in the future of SpaceX, founded by Musk in 2002 with the goal of making space accessible to large numbers of people, and eventually colonizing Mars.

"Human spaceflight was the reason that SpaceX was founded in the first place," said Benji Reed, the director of SpaceX's commercial crew program. "It's our number one goal and our number one priority."

But for all of the lofty talk and ambitious goals, for all of the triumphs and setbacks, SpaceX has still yet to ever fly a single human being. Its business has been focused on flying satellites for commercial and government customers, including the Pentagon, as well as flying cargo and supplies to the International Space Station for NASA.

In 2014, SpaceX and Boeing were awarded $6.8 billion in contracts combined to fly NASA's astronauts to the space station. Both companies have suffered a series of setbacks and delays. But under the current timeline, SpaceX said it would fly its first test mission without crews in November, and the first with crews in April of next year. 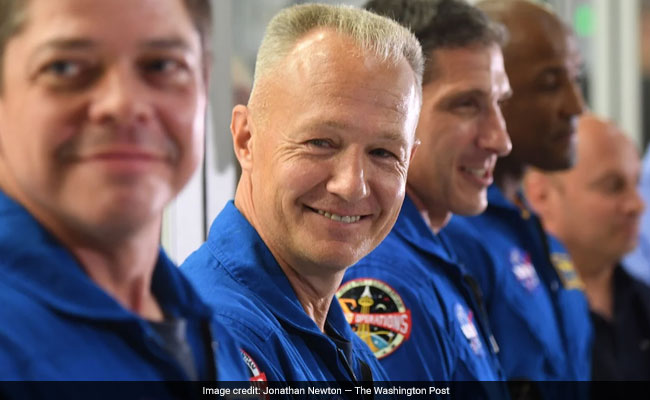 Gwynne Shotwell, SpaceX's president and chief operating officer, said she was confident in the timeline.

"Whenever we talk about dates we're always confident and then something pops up," she said. "Predicting launch dates can make a liar out of the best of us. I hope I am not proven to be a liar on this one."

The key, Reed said, was developing a spacecraft to meet NASA's rigorous safety requirements. "We always ask ourselves would you fly on this and more would you put your family on this vehicle?" he said.

As part of the tour, SpaceX showed reporters a mock up of its crew capsule, the simulator the astronauts will train on, and also one of the sleek, black-and-white spacesuits they'll wear. 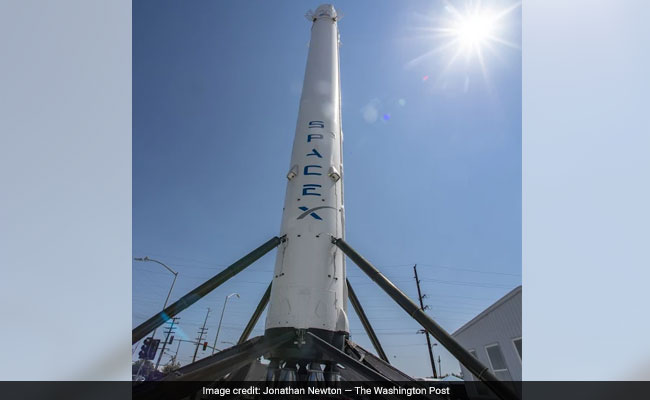 Doug Hurley, one of the NASA astronauts assigned to fly on SpaceX's Dragon spacecraft, said there were a lot of improvements over the old space shuttle suits he used to wear.

"It's pretty neat looking too, which was not a requirement but we certainly appreciate it," he said.

(Except for the headline, this story has not been edited by NDTV staff and is published from a syndicated feed.)
Comments
Elon MuskSpaceXNASA spaceX