Bedbugs Are Older Than Bats, Evolved Around 50 Million Years Ago: Study

Bedbugs rank high among the list of most unwanted human bedfellows but until now, little was known about when they first originated. 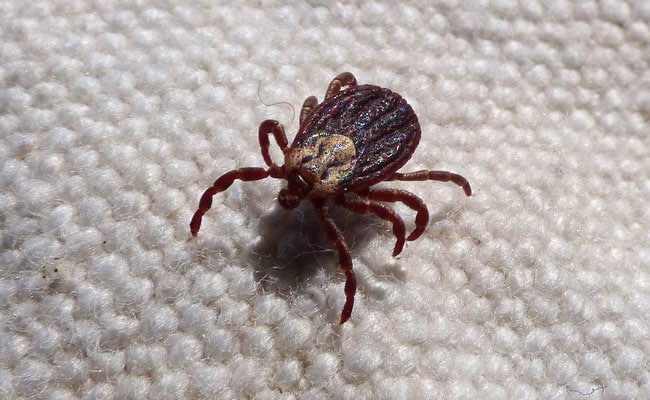 Bedbugs and all their relatives feed on animals that have a "home".

It turns out that bedbugs are older than bats - a mammal that people had previously believed to be their first host 50-60 million years ago. Bedbugs in fact evolved around 50 million years earlier, a recent study suggests.

Work by an international team of scientists, including the University of Sheffield, compared the DNA of dozens of bedbug species in order to understand the evolutionary relationships within the group as well as their relationship with humans.

Bedbugs rank high among the list of most unwanted human bedfellows but until now, little was known about when they first originated.

Experts have now discovered that the evolutionary history of bed bugs is far more complex than previously thought and the critters were actually in existence during the time of dinosaurs. More research is needed to find out what their host was at that time, although current understanding suggests it's unlikely they fed on the blood of dinosaurs.

This is because bedbugs and all their relatives feed on animals that have a "home" - such as a bird's nest, an owl's burrow, a bat's roost or a human's bed - a mode of life that dinosaurs don't seem to have adopted.

The team spent 15 years collecting samples from wild sites and museums around the world, dodging bats and buffaloes in African caves infected with Ebola and climbing cliffs to collect from bird nests in South East Asia.

"To think that the pests that live in our beds today evolved more than 100 million years ago and were walking the earth side by side with dinosaurs was a revelation. It shows that the evolutionary history of bedbugs is far more complex than we previously thought," said Mike Siva-Jothy, lead researcher of the study published in the Journal Current Biology.

"The first big surprise we found was that bedbugs are much older than bats, which everyone assumed to be their first host. It was also unexpected to see that evolutionary older bedbugs were already specialised on a single host type, even though we don't know what the host was at the time when T-Rex walked the earth," added Steffen Roth, lead author of the study.

The team also found that the two major bedbug pests of humans - the common and the tropical bedbug - are much older than humans. This contrasts with other evidence that the evolution of ancient humans caused the split of other human parasites into new species.