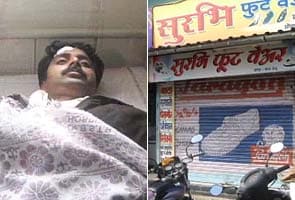 Pune: Right To Information (RTI) activist Arun Mane was attacked with a sharp weapon in Talegaon near Pune on Sunday.

Two unknown persons attacked him while he was opening his shoe shop in the morning.

Mane was immediately admitted to Talegaon general hospital and is said to be out of danger now.

He was a close associate of RTI activist Satish Shetty, who was murdered in 2009 in Talegaon.

No arrests have been made in this connection so far.

Mane had been given police protection following threats to his life, but had refused escort recently when he went to Alibaug for a few days before coming back to Talegaon Dabhade where he resides, police said.
Comments
RTIArun ManePuneTalegaon