The Bombay High Court had directed Anand Teltumbde to appear before the investigating officer on February 14 and 18. 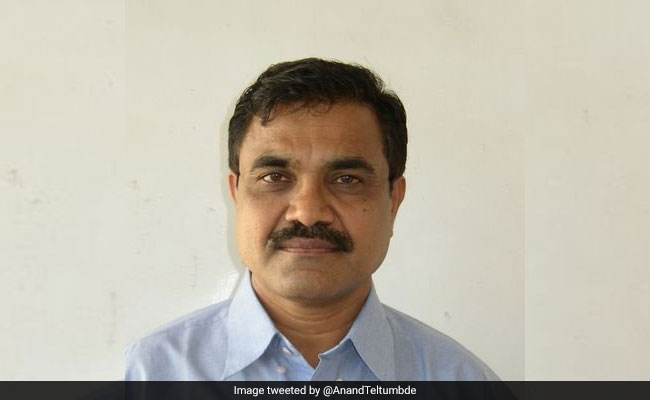 Anand Teltumbde was questioned in the Elgar Parishad case

Dalit scholar Anand Teltumbde on Thursday appeared before the Pune police, which questioned him for over six hours in connection with the Elgar Parishad case.

While granting interim protection from arrest till February 22, the Bombay High Court had directed Anand Teltumbde to appear before the investigating officer on February 14 and 18.

"Teltumbde appeared before us, where he was questioned for over six hours. We will question him again on February 19," said Shivaji Pawar, Assistant Commissioner of Police, who is the investigating officer in the case.

Mr Pawar, however, refused to elaborate the details about the questioning.

Mr Teltumbde is an accused in the case, which was filed following violent clashes at Koregaon Bhima village near Pune on January 1, 2018. He was booked on several charges, including sections under the Unlawful Activities Prevention Act (UAPA).

Mr Teltumbde was arrested from the Mumbai airport on February 2. However, his arrest was deemed illegal by a sessions court and he was released on the same day.

The activist was booked following the Elgar Parishad event held on December 31, 2017 at Shaniwarwada in Pune.

According to the Pune Police, Maoists had supported the Elgar Parishad conclave and the inflammatory speeches there led to violent clashes at the Koregaon Bhima war memorial the next day.

Police have named several activists in the FIR. Some of them, including Arun Ferreira, Vernon Gonsalves, Sudha Bharadwaj, P Varavara Rao and Gautam Navlakha, were initially put under house arrest on the directions of the Supreme Court.