A 71-year-old man, identified as Rajaram Abhang, was arrested following the seizure, an official at the anti-terrorist cell of Pune rural police said. 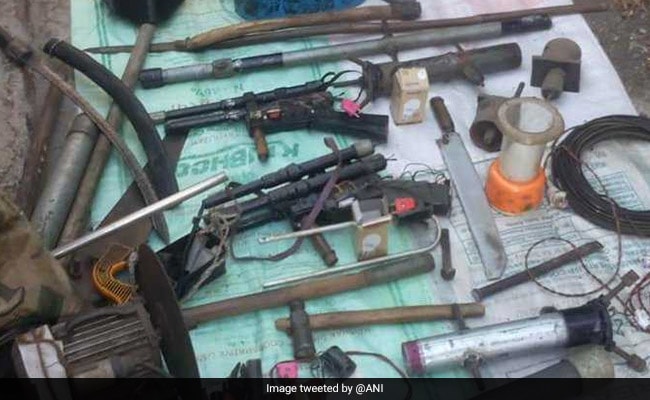 Ahead of the Lok Sabha polls, a huge amount of bomb-making material, explosives and weapons have been seized from a house in Pune, Maharashtra, the police said today.

A 71-year-old man, identified as Rajaram Abhang, was arrested following the seizure, an official at the anti-terrorist cell of Pune rural police said.

"Acting on a tip-off, the police on Tuesday raided Abhang's hut located at a farm in Junnar tehsil where a large amount of bomb-making material, country-made pistols, pipe bombs, some detonators and gunpowder were seized," he said.

Some sharp weapons, electronic equipment including batteries, an iron armour and a metal helmet were also recovered from the place, he said.

Superintendent of Police Sandip Patil said an investigation is on.

A case was registered under relevant sections of the Indian Penal Code and the Arms Act, the police said.

An official said the man allegedly attempted to kill his wife in 2003. "He had placed a crude bomb on a motorcycle and in the explosion, his wife and three children were injured. Abhang was subsequently arrested," he said.

(Except for the headline, this story has not been edited by NDTV staff and is published from a syndicated feed.)
Comments
Pune explosivesBombsLok Sabha polls