Born on February 2, 1942, the deasigner first made his mark in the world of fashion retail with the 1980 launch of L'Affaire, the first sari boutique in the country. 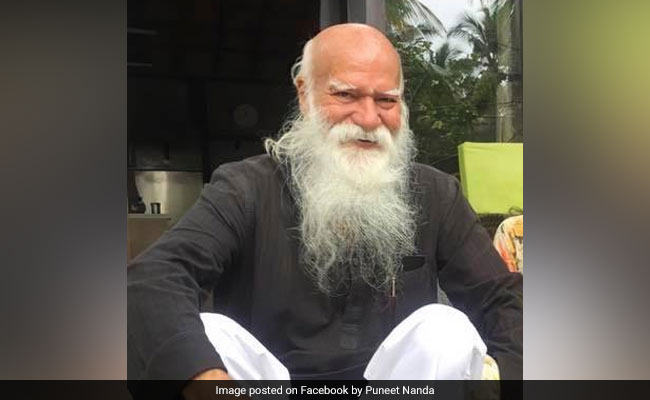 Satya Paul passed away at an ashram in Coimbatore on Wednesday

Fashion designer Satya Paul, whose eponymous brand breathed life into the traditional sari, modernising the garment with funky prints, has died at 78, his family said.

Born on February 2, 1942, he first made his mark in the world of fashion retail with the 1980 launch of L'Affaire, the first sari boutique in the country, before establishing his own label five years later.

He did not limit himself to saris however, expanding into accessories such as scarves and ties, and eventually creating a retail empire that spanned eight Indian cities and a thriving online business.

Drawn to spiritual pursuits from an early age, Satya Paul passed away at an ashram in Coimbatore on Wednesday after suffering a stroke last month, his son Puneet Nanda said.

"Those who have been with him at any point in life would recall him as one who showered his love without hesitation or any barriers," Mr Nanda wrote on Facebook.

"It is the greatest testament to him as he went joyously, without fear."

He was unusual among Indian fashion houses for bringing a measure of corporate rigour and hiring well-known designers such as Masaba Gupta and Rajesh Pratap Singh to serve as creative directors for the brand.

Ms Gupta led the tributes to Satya Paul, praising him for establishing a homegrown label "that will stand the test of time".

"Fashion schools -- Please introduce young Indian design aspirants to this brand... We can be inspired by the story of Chanel etc but we must learn what happened on our soil first," she said.

A favourite of Bollywood stars, Paul was also admired for his business acumen, with bio-pharma entrepreneur Kiran Mazumdar-Shaw hailing him as "an iconic designer who was a forerunner in the fashion world".