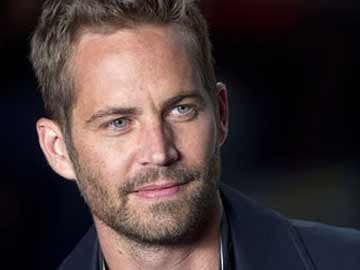 Paul Walker, the actor who shot to stardom with the film series The Fast And The Furious, died in a car crash in Los Angeles aged just 40. (Read: 'Fast & Furious' star Paul Walker dies in car crash)

Paul Walker was born in California on September 12, 1973 to a fashion model mother and sewer contractor father. He began modelling at the tender age of two, with roles in the TV series Highway To Heaven, Who's The Boss? and The Young And The Restless. Paul made his film debut at the age of 13 in 1986 horror/comedy Monster In The Closet. The 1998 comedy Meet The Deedles earned him a measure of popularity but it was his role as Brian O'Conner in the action film The Fast And The Furious in 2001, opposite Vin Diesel, which proved to be the turning point in his career. His blond haired and blue eyed charm caught the fancy of the audience.

The Fast And The Furious spawned a series of six films starring Paul in all but one. He also starred in other notable films including 1998's Pleasantville, 1999's Varsity Blues and She's All That, 2005's Into The Blue opposite Jessica Alba, and 2006' Eight Below and Running Scared. He continually drew praise from his co-stars and directors as a kind-hearted and eager collaborator.

Paul Walker's movie Hours, a drama based on the Hurricane Katrina, will hit the screens on December 13. His film, Brick Mansions, a remake of the French action film District B13 is in the post-production stage and is scheduled to release next year.

Promoted
Listen to the latest songs, only on JioSaavn.com
Paul was known for his philanthropic work. In 2010, he formed a huminitarian aid team called Reach Out Worldwide to help victims of natural disasters. He flew to Haiti with the team to help those affected by the massive earthquake of 2010.

Paul was also known for his love of marine biology and was a fan of Jaqcues Costeau. He is survived by his 15-year-old daughter with his former girlfriend Rebecca.

Paul WalkerThe Fast And The Furious