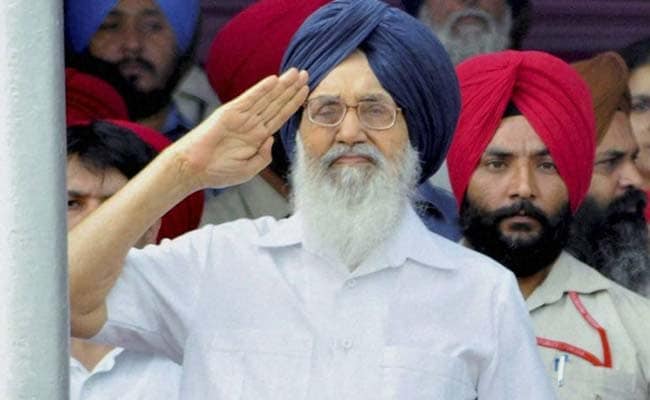 Chandigarh: Parkash Singh Badal, Chief Minister of Punjab, faces one of the toughest battles of his political career when he takes on Captain Amarinder Singh of the Congress in Punjab's Lambi on Saturday. Mr Badal's career is seven decades long and he has been Punjab chief minister five times, the first 47 years ago, when he became the country's youngest chief minister in 1970. He was 43 then.

At 84, he also became the oldest chief minister of India five years ago, winning a second straight term. Prime Minister Narendra Modi, whose party the BJP is an ally of Mr Badal's Shiromani Akali Dal, asked Punjab last week to elect the 89 year old again as its chief minister for the sheer wealth of experience he brings. And, the PM said, his compassion for farmers.

The victory in 2012 of the Akali Dal-BJP in Punjab was unprecedented. Before then, the state chose the Congress and the Akali Dal in alternate elections.

Parkash Singh Badal presides over a large extended family in politics. Among the most prominent members are his son Sukhbir Badal, who is Punjab's Deputy Chief Minister, and Sukhbir's wife Harsimrat Kaur Badal, a union minister. Her younger brother Bikram Singh Majithia is a powerful minister in the Badal government.

Promoted
Listen to the latest songs, only on JioSaavn.com
It is not just the Congress that has vowed this year to throw the Badals out of power in Punjab. Sukhbir Badal has been challenged for his Jalalabad seat by Bhagwant Mann, a popular comic-turned-politician and a top leader of Arvind Kejriwal's Aam Aadmi Party, which makes its debut in Punjab in assembly elections.

Parkash Singh Badal was born in Punjab's Abul Khurana close to the Rajasthan border and studied at Lahore's Forman Christian College. He worked his way up the political ladder, serving as a village sarpanch, before he contested assembly elections for the first time in 1957. He was 30 years old.