"BJP has changed its 'chaal, charitra aur chehra' (ways, character and face). It is no more a party envisaged by Atalji and (Lal Krishna) Advaniji and people of the state know this," Karuna Shukla said while campaigning. 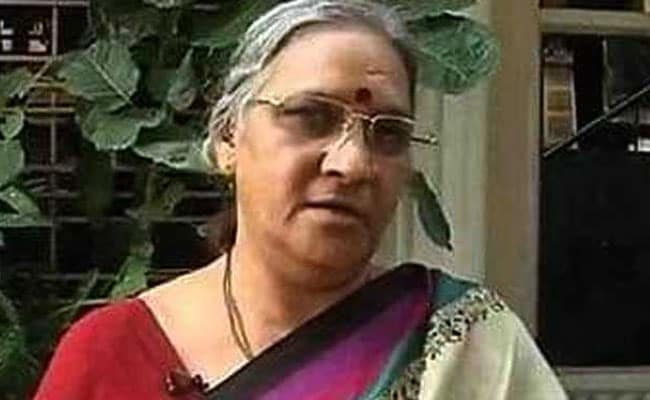 The BJP was taken by surprise when the Congress decided to field former Prime Minister Atal Bihari Vajpayee's niece Karuna Shukla against Chhattisgarh Chief Minister Raman Singh from the Rajnandgaon constituency in the assembly election.

For the Congress, it wasn't just about fielding a strong candidate from the seat and giving the chief minister some sleepless nights. It was about staking claim to the legacy of Atal Bihari Vajpayee, who died in August.

"BJP has changed its 'chaal, charitra aur chehra' (ways, character and face). It is no more a party envisaged by Atalji and (Lal Krishna) Advaniji and people of the state know this," Ms Shukla said while campaigning.

Led by Ms Shukla, the Chhattisgarh Congress even went to the extent of marching to the BJP office in Raipur last month demanding that the urn with Mr Vajpayee's ashes be handed over to them. Several such urns had been dispatched to BJP offices across the country as the party organized elaborate immersion rituals to highlight the iconic leader's legacy.

Ms Shukla alleged that ashes sent to Raipur in an urn were not immersed by the state BJP unit. The Congress accused the BJP of disrespecting both Hindu tradition and Mr Vajpayee.

Ms Shukla left the BJP in 2014 after spending over 30 years in the party. She occupied several organisational positions in the party and headed the BJP's Mahila Morcha or women's wing. She was elected on a BJP ticket from the Janjgir Lok Sabha seat in 2004 but lost from Korba in 2009. She joined the Congress and contested the 2014 Lok Sabha elections from Bilaspur, losing by 1.76 lakh votes. This wasn't unexpected since the seat is a known BJP bastion which the party hasn't lost since 1996.

Now she is contesting the polls from another BJP stronghold, Rajnandgaon, that too against Chief Minister Raman Singh. Both are invoking the former Prime Minister's legacy.

"Raman Singh calls me his sister. He claims that he is following the ideology of Atal Bihari Vajpayee. As far as I know this (state) government is miles apart from Atalji's teachings. It is his (the chief minister's) double standards," Ms Shukla alleged.

Ms Shukla's supporters hope that she will prove to be a giant-killer the same way Dr Singh defeated Congress heavyweight and former Madhya Pradesh chief minister Motilal Vora from the Rajnandgaon Lok Sabha seat in 1999.