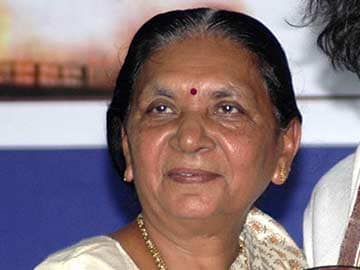 Ahmedabad: Anandiben Patel, 72, has become the first women chief minister of Gujarat. She replaces Narendra Modi, and is certain to have a tough time adhering to the governance standards set by her predecessor. (Modi Resigns as Gujarat Chief Minister, Anandiben To Take Over)

Born in Kharod village in North Gujarat, Anandiben is the longest serving BJP minister in the state. Considered a tough politician, the former school principal was enrolled in the only school in her village, which also happened to be an all-boys school. She finally went on to do her masters in science and got a gold medal while pursuing Masters in Education. (Elections 2014: Complete Coverage)

She came in contact with the Rashtriya Swayamsevak Sangh, or the RSS, and its political affiliate, the BJP, through her husband Mafatbhai Patel and it was in 1987 that she formally joined the BJP. She went on to become the president of the party's women's wing, and held the position for seven years. But she shot into prominence when she accompanied senior party leader Murli Manohar Joshi to Srinagar in 1992 during the Ekta yatra. Two years later, she became a member of the Rajya Sabha.

She was first elected as an MLA from Mandal constituency in Ahmedabad district in 1998 and went onto become the minister of education and child and women welfare in the Keshubhai Patel government. Ever since, she has been successfully getting elected to the state assembly, holding portfolios as important as revenue, education and urban development. In Narendra Modi's cabinet, she has been effectively holding the No 2 position, and enjoys his complete trust.

Like Mr Modi, she is known for her administrative capabilities. She is a strict disciplinarian, and is known to be a hard task-master. Perhaps, that is the reason why she was chosen to lead the group of ministers to run the state government, leaving Mr Modi free to campaign across the country. (Also Read: Shankarsinh Vaghela's Sweet & Sour Speech For Modi)

Promoted
Listen to the latest songs, only on JioSaavn.com
Her biggest limitation, her colleagues say, is the lack of her connect with the party's grassroot-level workers. Party leaders point out that, given her inaccessibility not many in the party are fond of her. She also does not share a good rapport with Amit Shah, another BJP leader considered close to Mr Modi. (Modi Bids Farewell to His Assembly Seat, Praises Aide Amit Shah)

But Mr Modi selected her as his successor in Gujarat for her administrative acumen. It's a legacy she will find hard to emulate.
Comments
Gujarat chief minister