Ajit Doval: The Spy Who Came in From the Cold 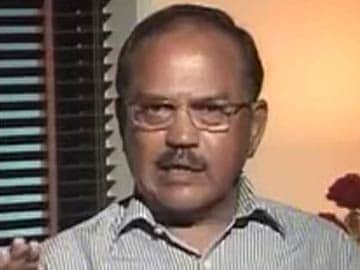 For the past nine years, Mr Doval headed the Vivekananda International Foundation (VIF), a think tank known to be close to the BJP but more importantly one that is doing significant work on critical issues in the realm of comprehensive national security.

Mr Doval, 69, a legend in the secretive world of intelligence and covert operations, retired as Director Intelligence Bureau in January 2005.

But he had attained fame much before he rose to the top. As a mid-level Intelligence Bureau officer in the north-east, he infiltrated the underground Mizo National Front, then waging an insurgency against the Indian state, weaned away half a dozen of its top commanders and all but broke the back of the MNF, forcing its leader Laldenga to sue for peace. The Mizo Accord of July 1986 -- after 20 years of insurgency -- was propelled largely by Mr Doval's initiative.

But his exploits did not end there.

In the late 1980s, when militancy was at its peak in Punjab, Mr Doval walked into the besieged Golden Temple in Amritsar posing as a Pakistani agent months before the 1988 Operation Black Thunder and obtained vital intelligence on the militants holed up inside.

Mr Doval, a 1968 batch IPS Officer of the Kerala cadre, also did his tour of duty in Pakistan, considered a high-risk, high-reward assignment in an intelligence officer's career.

He received India's second highest gallantry award, the Kirti Chakra, for his daring exploit in the Golden Temple Operation. In Kashmir, he lured away prominent militants like Kukkay Parey and turned him and his colleagues into counter-insurgents, a policy criticized in some quarters but also praised by others as an effective tool that helped combat militancy in Kashmir at its peak.

One of his last high profile acts in a career spanning 37 years was as part of the negotiating team that worked behind the scene during the December 1999 hijack of the Indian Airlines flight IC 814 to Kandahar.

Mr Doval was headed to an important post-retirement assignment if the BJP-led NDA was voted back to power -- as was largely expected in 2004 -- but the BJP was narrowly beaten to second place by the Congress, leading to the formation of a UPA government and effectively ending the chances of any role for Mr Doval in the national security set up.

For the majority of the past decade, Shiv Shankar Menon, a career foreign service officer, guided India's foreign, diplomatic and security policies. But as NSA, Mr Doval is expected to be different from his predecessor.

Promoted
Listen to the latest songs, only on JioSaavn.com
Exactly 10 years after he saw his big opportunity slipping away, he now has a chance to shape India's national security policy.

Prime Minister Narendra Modi and Ajit Doval, both staunch believers in a strong state and stronger counter-terrorism measures, are likely to concentrate more on the internal security situation, improving India's covert operations capability in the neighbourhood even while they put in place an equally robust foreign and defence doctrine. Mr Doval, more George Smiley than James Bond, is truly India's spy who came in from the cold.