Thousands Of Earthquakes Recorded In Antarctic As Ice Cracks

Scientists have recorded thousands of 'ice quakes' in Antarctica at night, a phenomenon that may help track glacier melting and explain the breaking of large ice shelves. 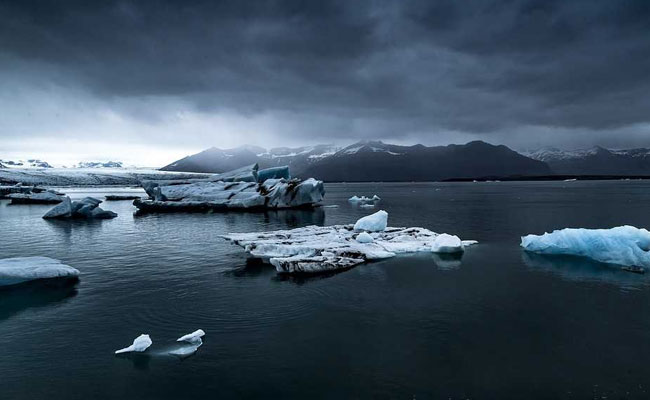 Scientists have recorded thousands of 'ice earthquakes' in Antarctica. (Representational)

Scientists have recorded thousands of 'ice quakes' in Antarctica at night, a phenomenon that may help track glacier melting and explain the breaking of large ice shelves.

The seismic phenomenon was recorded by a team from the University of Chicago, which placed seismometres for 60 days during the melt season at two locations, one dry and the other slushier near seasonal meltwater lakes on the McMurdo Ice Shelf.

The wetter location was alive with seismic activity at night, explained possibly by pools of partially melted ice expanding and freezing at night, according to the report in the journal Annals of Glaciology.

"In these areas we would record tens, hundreds, up to thousands of these per night," said Douglas MacAyeal, professor of geophysical sciences at the varsity.

"In these ponds, there's often a layer of ice on top of melted water, like you see with a lake that's only frozen on top.

"As the temperature cools at night, the ice on the top contracts, and the water below expands as it undergoes freezing. This warps the top lid, until it finally breaks with a snap," MacAyeal explained.

The energy vibrates out into the surrounding, where it's picked up by seismometers. Some of the cracks re-heal, but some do not. It may explain why icebergs actually break more frequently during colder times of the year.

The team also noted "seismometres may be a practical way to remotely monitor glacier melting."

The discovery adds an important piece to our understanding of the physics and processes around melting ponds on ice shelves, especially if it can help researchers remotely keep track of Antarctic melting.