Elsie Cruey moved into a Fairfax, Virginia, apartment complex for people age 62 and older last year. She has been told she must vacate by Thursday.

The first indication that 83-year-old Elsie Cruey could be kicked out of her apartment came in an email in June.

Within the email, in red, impossible-to-miss print, appeared this warning: "Failure to immediately comply with the required action will result in all remedies available under the lease contract, including negatively impacting the ability to remain in the community."

No. No. And not unless making necklaces from discarded soda can tabs, and trying to give them away, counts as peddling.

Her violation, according to that email, was that she had taken too many cookies from a community event. That's right. She was warned that she could lose her home because of cookies. The email outlined her offense, her supposed confession and her responsibility going forward:

"On 06/13/2019, the resident and Community Manager had a conversation and the resident admitted to taking the cookies and having them with milk before bedtime." 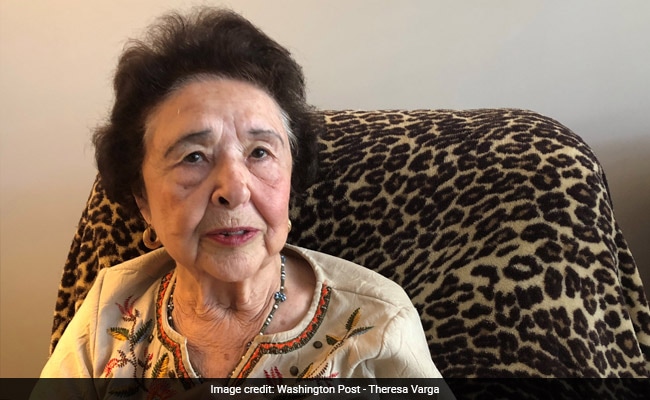 "The Resident must immediately cease taking and/or attempting to remove food, beverages and other service items from the community events."

Cruey gets upset whenever the conversation turns to that email. The apartment complex, called Overture Fair Ridge, is intended for people age 62 and older, and since moving there in May 2018, she has formed friendships. She insists her friends baked those cookies and gave them to her to try. She says the Mix and Mingle was at 4:30 p.m., too late to eat them, so she shared them with two women the next day.

"I don't appreciate them sending notes about me and lies about me," Cruey says on a recent afternoon as she sits in her tidy, one-bedroom apartment.

She was the daughter of a coal miner and the wife of a soldier. She has known poverty and has raised three children while worrying about her husband's safety. She doesn't easily get emotional. But on this day, her daughter Sandra Cruey sits on a nearby sofa and watches her mother wipe away tears. At first, she dabs them gently with a tissue that she quickly tucks out of sight. Later, she rubs them with her palms.

Elsie Cruey hasn't told many of her friends what she has known for a month: She may soon have to leave.

On Sept. 16, another email arrived. This time, it contained a letter that held the title "Notice of Lease Termination" and described a violation as "not remediable."

This one, like the previous one, was sent to Sandra Cruey because her name is on the lease. A copy was also left on her mother's door. It informed them that they needed to "surrender and vacate possession to the premises" by Oct. 17. 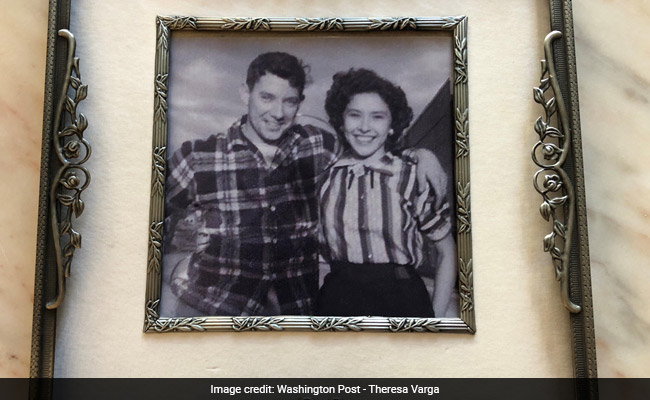 Or put more simply, Elsie Cruey is expected to pack up and get out by Thursday. If she doesn't, the letter advises, the landlord will take the matter to a court.

By Wednesday, not a single item in Cruey's apartment had been packed.

She says she doesn't want to leave. When she first arrived, she had a difficult time getting used to her new life. She had wanted to stay in the Prince George County, Virginia, home she had shared with her Army veteran husband, Harry, until his death in March 2015. But her daughters convinced her to move, so she could live closer to family and find a community that would force her to stay active.

"I adjusted to it," she says. "And I'd be happy to stay here the rest of my life. If it takes negotiation, whatever it takes, I'd like to stay right where I am."

Sandra Cruey says the family has written to Greystar, which owns the apartment complex, hoping to resolve the issue in a way that doesn't end with her mother's eviction. But the family has yet to hear from anyone in the company.

After speaking to her and her mother, I also reached out to Greystar. On Wednesday, I received this statement from the Overture: "While it is our policy not to discuss individual residents, leases or alleged lease violations, it is our practice to respond to resident concerns and enforce our community rules for the quiet enjoyment of all residents."

The lease termination notice for Cruey says she "refused direct instruction to leave a private meeting" on Sept. 12. "After being instructed to leave, you behaved in a loud and obnoxious manner, and you physically assaulted the community manager by grabbing her wrist," it reads.

Cruey says that description, too, contains a lie. She says she didn't know the meeting was private. She says it was run by a representative for Fairfax County and was about the Affordable Dwelling Unit rental program, which offers low- and moderate-income households a way to pay a reduced rent. When she was told it was for people already enrolled in the program, she says she didn't understand why she couldn't stay and find out whether she might qualify for the program. She swears she never grabbed anyone.

One former Overture resident, who spoke to me on the condition of anonymity because she still has friends who live there, says Cruey's situation is not unique. She describes other residents receiving lease violations for cursing or taking an extra pork sausage at the free breakfast that is offered. She says people worry these violations will cause their rents to go up and some stay home out of fear they might get evicted.

Tender Polman, a performer who plays the guitar and sings for older audiences throughout the region, says that after a negative interaction with management at the Overture in June, he vowed never to return. He says he was about 10 minutes into what was supposed to be a two-hour performance, when he was told he needed to move his car because he was parked in a spot reserved for "future residents." 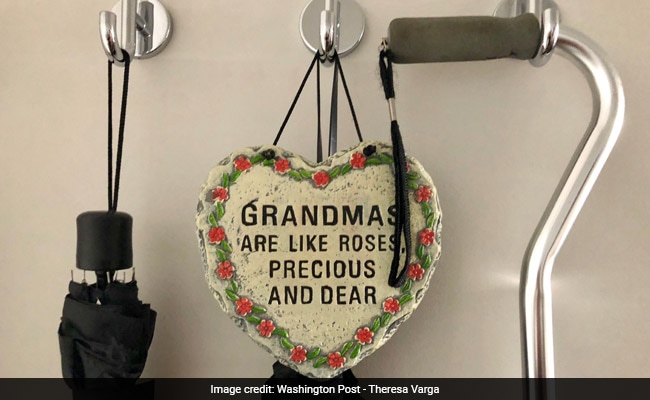 Elsie Cruey, 83, has been told she must vacate her apartment, where she hangs this decoration

He says he tried to find a way to avoid stopping the show, even suggesting an employee move it for him. At one point, he says, a manager threatened to call the police if he didn't stop talking and used the word "assault" even though they only exchanged words. He says he moved the car, but after he was told that spot also wasn't allowed, he packed up and left.

"I have never, never been treated this way," he says. "I was absolutely stunned."

Since there are two versions of what led to that Sept. 12 violation against Cruey, and the police were not called, there is no way to know definitively what occurred. Even so, the situation begs the questions: Does it matter? Should any senior citizen fear losing their home over cookies or a sausage link or a grab of the wrist that may or may not have happened? If residents in that building are taking too much food or too many liberties (and we all probably have relatives who we know would) are there not better solutions?

Sandra Cruey says her mother won't end up homeless if she can't stay at the Overture. She hasn't yet sold her house, and she could always move in with one of her daughters. But she knows her mother will thrive more in an atmosphere that allows her to socialize and live independently.

When they first found the apartment complex, Sandra Cruey says it seemed perfect. It offered great amenities and because it wasn't fully occupied, they were able to get a special rate of $1,400 a month for rent. If they were allowed to renew the lease, the rate would have increased by only 3 percent, keeping it below market value, she says. Her mother is now paying about $2,000 on a month-to-month basis.

"I want my mother to stay, but if she can't, I want other people to know they need to be careful before they sell their parents' property," she says. They might think they found somewhere for their loved ones to stay long-term and later realize they were wrong, she says. "You might think you found a great place, but things might change."

Elsie Cruey says she will do whatever is within her power to stay in her apartment. She has talked to an attorney and is in the process of filing a complaint with Fairfax.

"I don't want them doing this to my friends one at a time when they come up for a new lease," she says. "As long as I'm fighting, I can survive. The day I'm not fighting, I will go under."

Theresa Vargas is a local columnist for The Washington Post. Before The Post, she worked at Newsday in New York. She has degrees from Stanford University and Columbia University School of Journalism