What Demonetisation Says About And Does For Modi

Close to two weeks into the demonetisation exercise, how does one assess it? Frankly, there are several aspects to the episode: the execution, the aspiration, and the medium to long term political impact. It is important to see all of these separately, and not let perceptions of one aspect cloud assessments of another. After all, despite the noise in social media, the alarmism in sections of the media, and the rhetoric of the judiciary - which has used this as one more battleground for its entirely unrelated turf war with the government - demonetisation is being seen very differently by different stakeholder groups.

Let us start then with the execution. No doubt many questions can be asked of the government. For a start, why weren't ATM machines recalibrated to dispense Rs 2,000 notes well in advance, without those new notes being issued or the existing Rs 1,000 and Rs 500 notes being demonetised or even a hint being offered of that happening? Why did the government have a sub-par communication plan and fail to anticipate everyday situations - weddings, medical emergencies - that have subsequently led to partial exemptions?

The crowds outside the banks comprise both genuinely affected citizens as well as people hired by well-heeled individuals to exchange their cash reserves piecemeal. This too should have been accounted for. That some opposition politicians and even Chief Ministers are fuelling paranoia, for their own reasons, should have been expected. This could have allowed all efforts to be directed at those who were actually inconvenienced - a significant number - but making little noise, as against those who are less inconvenienced but making the most noise.

The queues before banks will ease in a few days, maybe weeks as some have suggested. The sucking out of liquidity - high denomination notes made up Rs 14 lakh crore or about 10 per cent of GDP - could lead to a demand slowdown and inventory pile-ups for one or even two quarters, as some economists have warned. Yet, what after that? What is the pathway beyond the short-term pain? 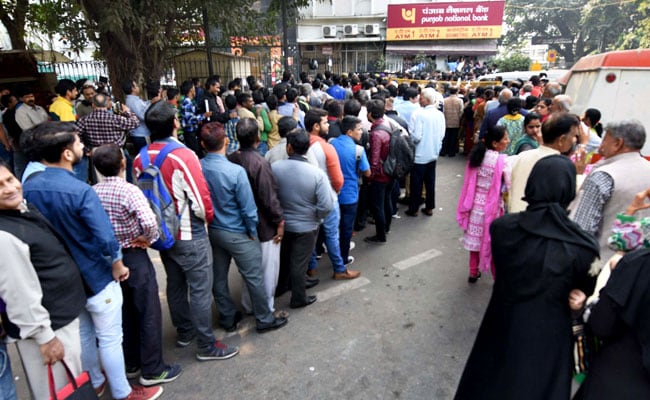 The queues before banks will ease in a few days, maybe weeks as some have suggested.

For the Narendra Modi government, the demonetisation exercise is not a standalone that simply tackles existing black money. It is part of a multi-pronged attack on the cash economy - not all of it illegal it must be admitted - and aims at making India compliant with a modern, banking-driven financial system that makes tax avoidance that much more difficult by monitoring income and expense flows.

What are the elements of this exercise, other than, of course, demonetisation?

- The Jan Dhan Yojana has brought 250 million families into the banking system. Many of these people are the extremely poor, without access to papers that bank managers have traditionally sought from those opening accounts. A key test of the impact of demonetisation will be to see how many of those who voluntary stayed away from banks (even if they had the necessary documents) and preferred the cash economy will now open bank accounts.

- As a corollary, the number of retailers now seeking access to card and mobile payment machines and linkages will also be worth noting. Initial estimates suggest a surge is underway.

- Illegitimately earned cash is most often used to buy gold or jewellery, or to make investments in real estate and the property market. The government has sought to tackle this by making PAN declarations mandatory for cash purchases at gold and jewellery shops. Along with the proposed crackdown on proxy (benami) ownership of property and a demand that so-called owners of a property back up their sources of income, this is a significant step in checking how black money can be spent.

- The Goods and Services Tax should be functional from April 1, 2017. It entails a system of tax credits that can only be claimed if every link in a transaction chain is above board and within the banking system. In effect, B2B transactions are being brought out of the cash economy, leading to less informality and greater difficultly in avoiding tax.

Will all this completely wipe out black money from India? Probably not, for that is an impossible task in any country. Nevertheless, it will make it that much harder to generate and spend black money. Also, the deterrent factor, given the manner in which the current demonetisation has hurt speculative investors in the real estate market, will make many wary of holding a vast hoard of cash. The risk will be simply too high. 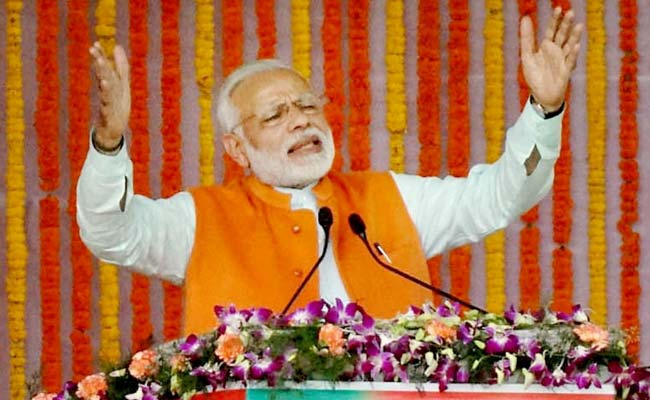 There is admiration that PM Narendra Modi has taken a risk with the demonetisation move.

Finally, what of the politics? Despite the emotional tribute paid to the virtues of the cash economy by dozens of op-ed writers and left-wing economists - who simultaneously if paradoxically bemoan the fact "Modi does not understand capitalism" - the demonetisation move has been wildly popular. To be fair, more than details of the economic case for demonetisation, it is the perception of tough action against those with large and presumably illegitimate cash reserves that is driving public sentiment and helping Narendra Modi.

There is admiration that the man has taken a risk, even alienating many who may have voted for him and his party in 2014. In attempting to target those who prefer the cash economy, Prime Minister Modi is after all hurting the very trader community that was once the backbone of the BJP.

This adds to the aura of Modi as a person unafraid to shake up and disrupt the system for the larger common good. To understand that better, consider why he can and will go after real estate cartels. India's property market is valuable but not deep. It has no room (literally) for hundreds of millions who cannot dream of a home, while investors and speculators put their cash in multiple properties and create a bubble.  A politician who makes a determined effort to end this insider trade will both serve India and endear himself to a broader and aspirational constituency. Modi can easily do this because he has no stake in the property business, as so many other politicians do. Indeed, the previous UPA government was a happy coalition of Delhi-Gurgaon-Noida and Mumbai-Pune-Thane real estate syndicates.

It is in such a scenario that Modi is positioning himself as both Prime Minister and insurgent. This sets the stage for him to approach the 2019 election as, yet again, the champion of the underdog. From demonetisation to democratisation is, as one may put it, but a small step.