For Migrant Workers, BJP Has Neither Heart Nor Conscience

Earlier this week, all of us woke up to a nightmare - to the horrific news of 17, at last count, migrant workers being run over by a goods train in Aurangabad. They were walking home, hundreds of miles, from Maharashtra to their villages in Madhya Pradesh. Exhausted, they had dropped to sleep on the tracks and hadn't heard the train coming.

This tragic episode was the culmination of weeks of apathy shown by the centre towards stranded migrant workers. The heart-wrenching visuals of migrant workers and their families walking down highways, with hunger in their eyes and blisters on their feet, were enough to shake any conscience. The central government, however, offered only a blind eye. 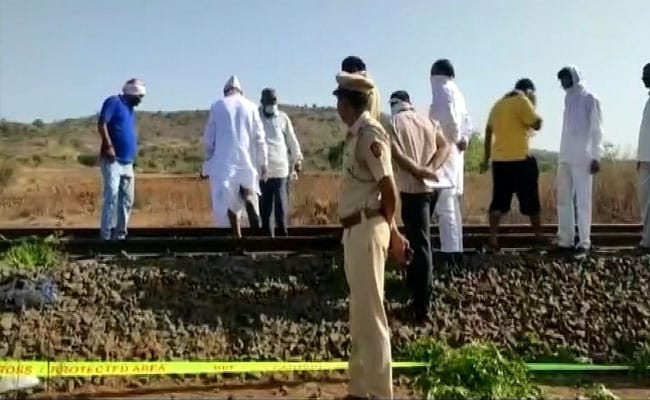 Seventeen migrant workers sleeping on rail tracks while returning to Madhya Pradesh were crushed to death by a goods train in Aurangabad district of Maharashtra.

Between the time parliament was adjourned and the restrictions began, MPs were given two days to board flights and return to their home states. But for the rest, a 21-day lockdown was announced with just four hours' notice. Whodunit? Somebody must be answerable. The sudden firman led to panic for millions, and a mad scramble to find any means to get home. Jobs dried up overnight, leaving workers destitute. With no respite in sight, the only request such workers had was to be allowed to go home.

But for weeks, such pleas fell on deaf ears. The centre was so far removed from ground reality that on March 31, the Solicitor General told the Supreme Court there were no migrants on the streets and highways. This at a time when reports and pictures were flooding in from across the country - of thousands of migrants trudging desperately.

For the Trinamool Congress, it has really hurt. We have been flagging the issue of migrant workers - or guest workers, as we prefer to call them - virtually from Day One when the lockdown began. Our party has done many digital press conferences in the past few weeks, both at the national and state levels,  on a variety of subjects including the plight of migrant workers. Bengal Chief Minister Mamata Banerjee was the first to write to 18 other Chief Ministers requesting that migrant workers from Bengal be looked after in their states. She assured them that guest workers from other states in Bengal would be taken care of adequately.

Thousands of migrants have started going home in special trains during the coronavirus lockdown.

The Trinamool government in Bengal started the Sneher Porosh scheme to provide financial assistance of Rs 1,000 each to around 100,000 guest workers stranded in other states. Two trains carrying Bengal's guest workers back reached the state a few days ago. Over the next few days, many more are boarding trains from different states to return home. In total, approximately 80,000 people have been brought back to Bengal. As Mamata Banerjee has assured some weeks ago, she will personally oversee welcoming back our heroes.

The centre has arranged chartered flights to bring back Indians stranded in other countries. This must be appreciated, but when it comes to millions from the poorest and weakest sections of society, the BJP government has no solution and no heart. After being called out for its callous attitude by opposition parties and by civil society at large, the central government finally decided to start trains to send migrant workers home. Not one to give up on a gimmick, the trains started on May 1, Labour Day. Do note this was five weeks after the lockdown was initiated.

Alive with hope, the eyes of migrant workers turned to despair at the railway stations. They realised they had to pay for their train tickets. Besides the full sleeper class fare, an additional charge of Rs 50 per passenger was levied. Train tickets averaged between Rs 700-800, plus there was the bus fare to reach train stations. Workers also had to get a medical certificate, clearing them to travel. Each migrant worker had to spend about Rs 1,200. And a majority of them had not earned a rupee for weeks.

The centre has arranged chartered flights to bring back Indians stranded in other countries.

The central  government has tried to spin it by saying it is paying 85 per cent of the cost of the ticket. What does this mean? The Railways always offer a notional subsidy - 45 per cent - on a passenger ticket. This is cross-subsidised by freight traffic. That notional subsidy has gone up to 85 per cent for the migrant workers' tickets due to social distancing and limited passengers per compartment. But there is no concession on the actual ticket price. Instead, the centre  has tried to shift the burden and the actual collection of fare to state governments. On May 2, the Ministry of Railways issued a letter that clearly said: "The local state government authority shall hand over the tickets to the passengers cleared by them and collect the ticket fare and hand over the total amount to Railways."

Indian Railways is a public sector undertaking. It has both an economic mandate and a social responsibility. During the 2015 Nepal earthquake, it arranged special trains for evacuees and gave them free travel facilities. What happened this time? The PM CARES fund was set up on March 28, apparently dedicated to the Covid-19 pandemic. (Conveniently, it has been kept out of the ambit of the Comptroller and Auditor General, but let's discuss that another day.) What has been done with the funds collected under PM CARES? Why could some of this money not be used to support train journeys of migrant workers? 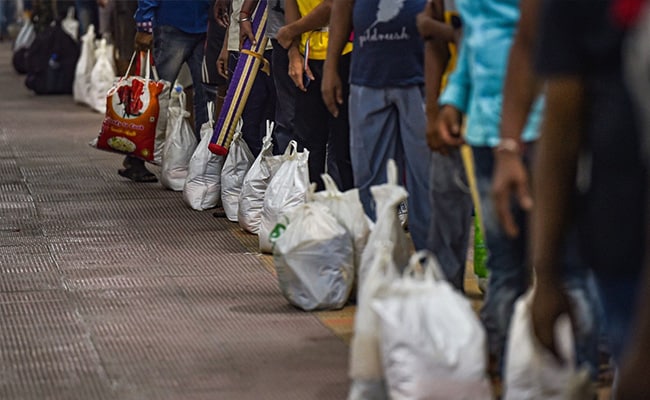 Migrants along with their luggage arrive to board Shramik special train to reach their native places during the ongoing nationwide COVID-19 lockdown, at Central Railway Station, Chennai.

The Prime Minister has repeatedly said COVID-19 is a national effort and this is no time for politics. Trinamool and Mamata Banerjee entirely agree and have participated in the challenge to overcome the pandemic by delinking it from partisan politics. We are all equal stakeholders and we have to work together. These are noble thoughts, but frankly the BJP has let us down. The central government has shown this propensity of taking credit every time something good happens, and blaming the states for any mishap or failure. The migrant workers' issue is only one such. Please Mr Prime Minister, can you show more leadership? Or are you only a Prime Time Minister!

P.S. As I send this piece to press, I am picking up news that the Home Minister has surfaced after 45 days. What's the first thing he does in the middle of a national health emergency? Leaks a letter written by him (riddled with lies) attacking his favourite foe: Bengal. That will be the subject of my next column.