Opinion: The Timing Of Manish Sisodia's Raids Says Everything

The CBI raid at the home of Manish Sisodia, the Deputy Chief Minister of Delhi, alerts that the incessant targeting of Opposition leaders by central agencies will intensify. Manish Sisodia is no ordinary leader of the Aam Aadmi Party or AAP. He is Arvind Kejriwal's deputy in the government and the party.

He was one of the most important leaders of the Anna Movement which was launched in 2011, and which created a storm across the country on the issue of corruption and which finally led to the removal of the Manmohan Singh government in 2014 and the appointment of Narendra Modi as Prime Minister.

It was this movement not the BJP which should be credited for exposing the Manmohan Singh government in the eyes of the people. The architects of that movement were Arvind Kejriwal and Manish Sisodia. Therefore, Modi should be thankful to Manish Sisodia - but politics is a different ball game, and Modi is a different kettle of fish altogether. Today, every attempt is being made to prove the AAP leaders as thoroughly corrupt. 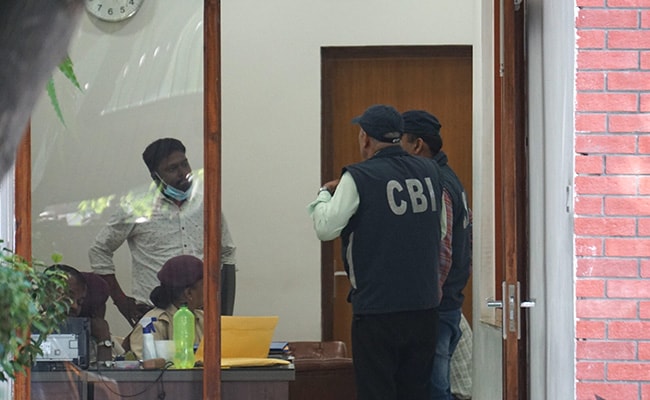 The CBI's search is the culmination of the inquiry order given by the Lieutenant Governor of Delhi, Vinai Kumar Saxena, after he was appointed. The AAP government has from the day one has been at loggerheads with successive L-Gs, but Saxena is supposed to be very close to the Prime Minister from his Gujarat days. After taking charge, Saxena has shown great interest in the changed but very controversial liquor policy of the Kejriwal government.

Earlier, Delhi's liquor policy had a PPP (private-public-partnership) model. But Kejriwal decided to privatise it completely. Delhi was divided into 32 zones and each zone was auctioned to the highest bidder, which allowed for allegations of cartelisation. It was alleged that six highest bidders controlled the entire liquor market in the national capital. Since every bidder has paid an exorbitant amount to acquire the rights to a particular area or zone, these companies, to recover their investment, issued all sorts of glitzy schemes and sales offers which created headlines in the media. It was also alleged by the BJP and other Opposition parties in Delhi that these companies paid kickbacks for their licenses. The policy was challenged in the courts as well.

The Kejriwal government tried to sell the new liquor policy as an innovative idea to enhance Delhi government's revenue by 2,000 crores. Many experts contested the projection. The Chief Secretary of the Delhi Government, who also reports to the L-G on three subjects - Public Order, Land and Police - submitted a damning report against his own government in irregularities were flagged about the distribution of liquor shops. The L-G not only invited the CBI to investigate the matter but also asked for an enquiry in the role of the Excise Minister, who happens to be Manish Sisodia. Kejriwal forecast that the Modi government would soon arrest Manish Sisodia.

On 6 August, Manish Sisodia held a press conference and declared that it was former Lieutenant Governor Anil Baijal who should be held responsible for the irregularities and also for the loss of revenue. Till then, the AAP government had always asserted that revenue had shot up with the new liquor policy. Manish Sisodia's press conference was interpreted by some as an admission that everything was not right with the liquor policy and that the minister was trying to pass the buck to Anil Baijal, who he accused of making last-minute changes in the policy to oblige BJP leaders.

In my opinion, in order to deflect the blame, Manish Sisodia committed a self-goal. The government itself was admitting that there were wrongdoings, even if these were different from what it had been accused of. Arvind Kejriwal is playing aggressive now, highlighting that AAP is being punished as it is emerging as a serious threat to the BJP after the spectacular victory in Punjab and ahead of elections in Himachal and Gujarat.

Delhi Health Minister Satyendra Jain was arrested on June 20, on charges of money-laundering. AAP has been facing the wrath of the Modi government since it inflicted a humiliating defeat on the BJP in Delhi in 2015 when despite the combined might of Modi's charisma and Amit Shah's Machiavellian politics, AAP won 67 seats out of 70. To blunt their crusade against corruption, the Modi government forcibly took over the Anti-Corruption Bureau which had been with the Delhi government since 1967. More than two dozen MLAs faced FIRs and arrests on frivolous and fake charges and most of them were later exonerated of any wrongdoing; an order was passed for the eviction of AAP's office, the Chief Minister's office was raided and his Principal Secretary was arrested. But AAP won the next term in Delhi with another spectacular victory of 63 seats.

But what has really shaken the BJP is AAP's taking of Punjab where it not only registered a magnificent victory but also annihilated mainstream parties like Congress, Akali Dal, BJP and others. All seasoned leaders like Parkash Singh Badal, Sukhbir Badal, Navjot Sidhu, Charanjit Channi, Amarinder Singh were routed by AAP candidates.

The BJP is so scared of AAP in Delhi that it has not held local municipal elections which were supposed to take place immediately after the Punjab election. In the last municipal elections in Gujarat, AAP did very well in a few pockets, especially in Surat which is supposed to be BJP's stronghold. AAP still has not been able to make a dent in the rural areas of Gujarat where the Congress has deep roots, but it is growing in cities. In the last election, the BJP managed to come back to power because of an extra-ordinary performance in six cities. In rural areas, the Congress had a lead over the BJP. If AAP does well in the cities of Gujarat, the BJP will really hurt. So, the timing of Manish Sisodia's targeting says a lot.

The Congress is too weak, the Opposition is divided and as yet has no obvious frontrunner to challenge Modi nationally. In such a scenario, if Arvind Kejriwal fills the void, the BJP will have a potent adversary.  Arvind Kejriwal has made his national political intentions clear. The CBI investigation is meant to force a rethink.