The Breathless Praise For Modi In "Getting" Vijay Mallya

There is something pathological about how we report and respond to news these days. Whatever may have happened, even if relatively routine and predictable, is presented as one of three or four narratives, mostly to do with Narendra Modi.

This was particularly visible in the amusing series of events that occurred when Vijay Mallya was arrested yesterday for fraud in England. Some reporters tweeted, to general acclaim, that he was about to be "handed over to India". Various open, surreptitious, or aspiring members of the BJP declared that this was a sign of Narendra Modi's strength, universal popularity, and incomparable knowledge of the British judicial system. Ministers declared that it was a great victory for Modi, of course, but also their ministry in particular somehow. Meanwhile, those unsympathetic to Modi wondered warily how precisely to respond to this news without sounding sympathetic to Vijay Mallya, another indication of how poor the narrative-building of the Opposition has been. Oh, and the three people still left in the Congress sought to give the credit to Rahul Gandhi. (I'm not making this up - some people tried to point out that he kept on mentioning Vijay Mallya's name at rallies, and claimed that Mallya himself blamed the opposition for demonising him.)

All this noise for a story that, in the end, was revealed to be farcical and predictable. Mallya was granted bail with the promptness one expects from the people who invented habeas corpus. He then stepped out of the court and promptly - showing all the crowd-pleasing instinct that made him briefly the King of Good Times - tweeted that it was all a bit of hype from that crazy Indian media, and all that had happened was that a long-predicted extradition process had begun.

It was particularly galling that Mallya was on this occasion right. A note requesting Mallya's extradition had been sent months ago to Whitehall, and had been certified by the Home Secretary and delivered to the Westminister Magistrates' Court weeks ago. The Ministry of External Affairs said as much in its daily press conference on March 24; Mallya was bound to be briefly and procedurally arrested after that. The real question of whether his extradition will succeed does not depend on this process as such; it depends on whether the government makes the case sufficiently well in the extradition hearing. It will have to focus there on claims of fraud rather than on walking out on investors. This will not be easy, and Mallya is unsurprisingly still looking confident.

Just to be clear on how difficult the process has been till now: the UK-India extradition treaty came into force in 1992, and the first reported extradition order was signed by the Home Secretary Amber Rudd last year. That's right - last year, 2016, 24 years after the treaty. Plus, and this is important, the person being extradited, Samir Patel, did not contest the extradition (which Mallya will, noisily). We don't know why he didn't. Patel was facing charges of rioting in Gujarat in 2002, had escaped to Hounslow, but was now suddenly and mysteriously quite willing to come back - make of that what you will. 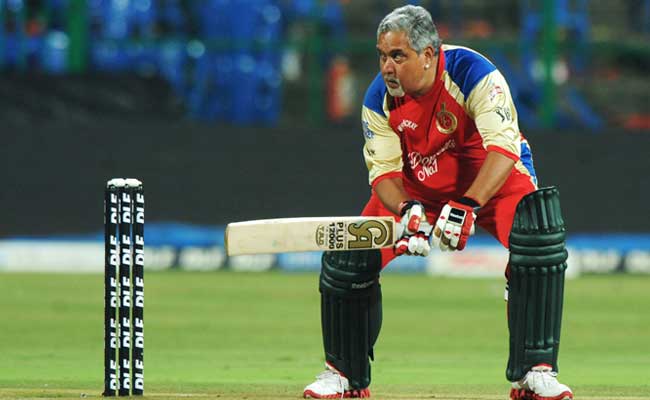 This is not to say that the government cannot try to claim some credit if it wishes; clearly, the original extradition request was competently enough framed to satisfy a British district judge - not always certain, given the competence of the Indian government. And the Opposition can clearly keep on reminding people that it was this government, not the previous one, that let the BJP-supported then-Rajya Sabha MP out of the country in the first place. The Central Bureau of Investigation actually changed the look-out notice it had posted for Mallya at airports from "don't let him leave" to "send us a postcard by regular mail if you happen to see him skipping town". Certainly, nobody has been held to account for that mistake - if it was a mistake.

Mallya's extradition case will be messy, and it is absurd to declare victory so soon. Just to point out exactly how tough these cases can be, consider the case of "Tiger" Hanif, accused of complicity in the 1993 Surat bomb blasts, and supposedly an associate of Dawood Ibrahim. Hanif was arrested in Manchester in 2010; and his case has worked its way through the courts to land eventually on Theresa May's desk when she was Home Secretary. May didn't sign it, although a high court judge had already declared there was "no arguable basis" against his extradition. Nor did the woman May appointed as her successor when  she herself was elevated to Number 10. If "Tough on Crime, Muslims and Immigrants" Theresa May dithered over throwing a bearded chap nicknamed "Tiger" out of the country, Mallya might be there for a long while yet.

Which brings us back to the breathlessness of the whole thing. Since 2014, we have been so inundated with this government praising itself that we do not know how to respond to even the most incremental news in any way other than ecstatic or dismissive. This is a real problem - because it means that we lose sight of the real, sustained pressure, legal and diplomatic, that cases like Mallya require. The Indian government did something marginally competent, and let's praise it for that. And let's hold back on all the remaining praise until they show they can keep it up for long enough to get Mallya back here and facing an Indian judge.

Disclaimer: The opinions expressed within this article are the personal opinions of the author. The facts and opinions appearing in the article do not reflect the views of NDTV and NDTV does not assume any responsibility or liability for the same.
Comments
Vijay MallyaVijay Mallya arrestedVijay Mallya London