Opinion: The Big Problem With PK's 'Plan' For Congress

A 'secret' document is doing the rounds of journalist WhatsApp groups. It is meant to be a presentation made by Prashant 'PK' Kishor to the Gandhis last year, and lays out a plan for the Congress to win 2024.

Like a gazillion others, I too got hold of 'PK's plan'. And, authentic or not, it is impressive in its depth of detailing. The blueprint is ambitious, but not overly so. He is always conscious of ground realities and only suggests things if they are doable.

In a sense, his plan also resolves a key tension within the Congress party and its external image - the problem of the Gandhis. The Congress needs them as they have massive brand recall, but at the same time, they are a liability as they open up the party to charges of undemocratic dynastic politics. PK solves this problem by removing them from actively running the party. While Sonia Gandhi remains the chief, a non-Congress leader becomes the COO of the operation. Rahul Gandhi only leads the party's Parliamentary Board - a small group of Lok Sabha and Rajya Sabha MPs - and remains one of the key public-facing brands. Priyanka Gandhi gets the role of coordinating between the party leadership, Parliamentary Board and grassroots workers. None of this involves the nitty-gritty of managing the party organisation. Prashant Kishor's entry into the Congress is more or less a done deal, party sources have said.

The plan's most radical - and probably most difficult to implement - proposal is to make the Congress an internally representative organisation. PK's main grouse with the party is that its top bodies are occupied by people who have not won any elections recently and have no grassroots connect. To change that, he has suggested that half of those in 'key decision-making bodies' be elected internally, and another one-fourth come from among Lok Sabha and Vidhan Sabha legislators. That would leave very few party posts open to those who have neither won an internal election nor a national or state poll. PK's plan makes it tougher for such posts to automatically pass on to sons and daughters of party leaders: people from existing Congress families would have to work as active primary members for at least seven years before they would qualify for any electoral post.

These are the prerequisites for the Congress to work as a well-oiled machine. But how will that win elections? PK says the Congress should target a 40-45 per cent vote share (about 30 crore votes) in 2024. To form a government where it is the dominant partner, it would need to go it alone in 358 Lok Sabha seats, in states where it is either in power, the main Opposition party, or has been a dominant force in the recent past. The party should maintain its pan-India position to be able to grow in the future, and only get into strategic alliances in states where it can be an ancillary partner to a dominant party.

And who will vote for the Congress? PK believes the bulk of the party's votes will have to come from the poor, SCs, STs and minorities. In terms of age groups, he expects a larger share of votes for the Congress among the youngest voters (18-25 years) and older voters above the age of 50. He believes that the Congress has a better chance among women voters, and they are among the eight key demographic segments that the party ought to focus on, along with farmers, youth, SCs, STs, landless labourers, urban poor and the middle class.

They are to be reached, galvanised, and converted into Congress voters through four Ms - Messenger, Message, Machinery and Mechanism. Popular icons of each population group would need to be mobilised (such as standup comedians). They would have to always be on the message, which, in turn, would be customised with 'distinct promises' to each target group. The people being reached through these messages would then have to be converted into voters through the party machinery. The message would need to be sustained and amplified through a proper mechanism for outreach.

One can break this process down into two halves - engagement and conversion. The first involves bringing together a large group of influencers across geographical and demographic zones, reaching people through digital platforms and social media (PK recognises that the Congress won't get any support from 'traditional media'), advertising in the form of hoardings (1 crore sq ft) and wall paintings (5 crore sq ft). The second - converting the engagement into votes - requires an army of foot soldiers. PK says the Congress needs 2.5 crore active workers who will spend their time spreading the party's message. In an innovative move to counter the electoral dividends the BJP gets from the Modi government's freebies, PK says each active worker will have to adopt five families and do 'five acts of kindness' for them in a year. Since there are an average of 3.2 voters in each family, if each of the 2.5 crore active workers reaches 5 families, they will effectively create 40 crore voter 'touch points'. 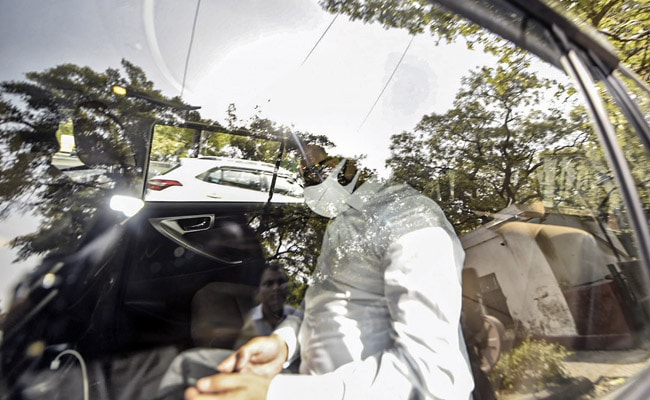 This is where we come to the big hole in PK's rejuvenation plan. His grand-but-doable plan requires tons of money. Two examples should give you a sense of the scale of funds required. The first is the cost of hoardings. In Delhi, hoardings cost about Rs 1,250 per sq ft per week. In Mumbai, it could be higher, in other places it will be much lower. If one assumes an average of just Rs 200 per sq ft, it would cost the Congress Rs 200 crores to put up the proposed one crore sq ft of hoardings for just one week. Multiply that to get the figure needed to keep them up for a month before the elections.

The second example is the cost of running a party with 2.5 crore active workers. If they have to go door-to-door, organise rallies, go on marches, travel to protest spots, hold nukkad meetings, they would need to spend some money simply on conveyance and basic refreshments - maybe a cup of tea. If we assume that the Congress has to give just Rs 10 per worker per day, it will cost the party Rs 25 crore every day for the next two years. That alone is more than Rs 18,000 crore. I have added nothing else yet - the cost of adhiveshans, rallies, media outreach, running YouTube channels, the '5 acts of kindness', etc. A couple of years ago, I had calculated that the Congress would need to spend at least Rs 23,000 crore in 2024 to get a 25 per cent vote-share. At the same spending rate, the party would need at least Rs 40,000 crore to get 40-45 per cent votes. PK's plan makes that amount look like peanuts.

By Prashant Kishor's own admission, the Congress is unlikely to get more than a 20-25 per cent vote-share among the top one per cent of the richest Indians. This is not significantly better than what it got in 2019. So, it is unlikely that the affluent will fund the Congress. In fact, even sympathisers will think twice before giving money to the party, lest they come on the radar of government agencies. The Congress party has repeatedly attacked India's big business, which makes it difficult for it to tap India Inc for funds.

This is the essential problem with the Prashant Kishor makeover. There is nothing in it which will convince India's moneyed classes to back the Congress and finance its campaign for 2024. The Modi government has done enough for them to stay loyal to the BJP. That's a giant money-shaped hole in the PK plan, which the Congress will find very difficult to fill.

Opinion: The Bulldozers Destroyed A Lot More Than Property