Opinion: What India Can Learn From China About Elon Musk And Tesla

India wants to get on the electric vehicle bandwagon, and is introducing China-style policies to pursue its green ambitions. But there's a wrinkle: its age-old, protectionist instincts, which have kept out international auto companies for decades.

Last month, Elon Musk bemoaned India's restrictive policies, tweeting that while Tesla Inc. wanted to make cars there, "import duties are the highest in the world by far of any large country." Clean energy vehicles were "treated the same as diesel or petrol" ones, he added. Hyundai Motor Co. soon echoed Musk's complaint, noting that cutting duties on imports of electric vehicles would help "reach some economy of scale in this very price competitive segment."

We want to do so, but import duties are the highest in the world by far of any large country!

Moreover, clean energy vehicles are treated the same as diesel or petrol, which does not seem entirely consistent with the climate goals of India.

While Musk tweeted he is "hopeful" there will be some temporary tariff relief, he's right: India's deeply protectionist approach continues to be a huge deterrent for foreign companies. Unlike many other parts of the world, where governments are embracing EV policies to meet emissions goals, the administration of Prime Minister Narendra Modi has had a single-minded focus on its Make in India campaign, an effort to get its industrial manufacturing sector up and running.

Foreign carmakers eager to get a shot at a market of more than 1 billion people are effectively forced to pay the price - or sit it out. Duties on importing a set of unassembled parts containing an engine and gearbox, known as a Completely Knocked Down kit, are around 15%. That compares with 100% for importing a fully built car with a price tag of more than $40,000, 60% for cheaper vehicles, and 50% for two-wheelers.

But making a car isn't just about having the parts - the precision and quality of manufacturing is critical, too. No one knows this better than Musk, who went through his own "production hell" to make 5,000 Model 3 sedans at Tesla's Fremont, Calif. factory. Yet India hasn't built up the necessary capacity to pull off large scale output. As a result, the country has failed to become a big exporter of quality cars that cater to global markets, even though it has the potential. Most foreign manufacturers have struggled to gain a foothold because of punitive requirements to use local content, which translates into big investments with relatively little return.

The Modi government, meanwhile, is talking a big game about decarbonizing transport and electrification, while pursuing even larger Make in India ambitions. Under the latest plan, the list of rules and incentives to boost production across the supply chain is long. Subsidies have been put in place to spur demand, for example, by making charging infrastructure more widespread. The government has targeted 30% EV penetration by 2030, up from under 10% currently. Individual states, too, have introduced their own green policies and targets. 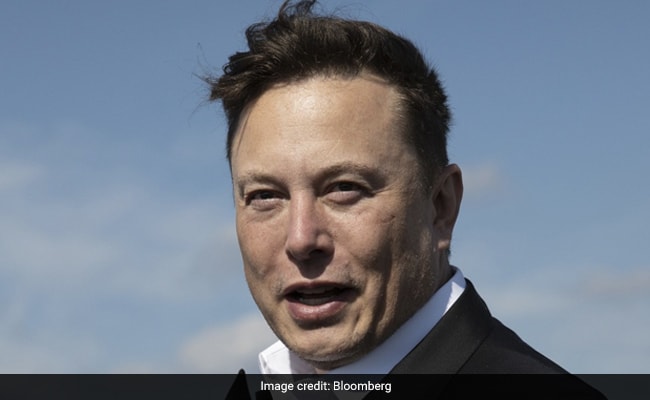 Last month, Elon Musk bemoaned India's restrictive policies, tweeting that while Tesla Inc. wanted to make cars there, "import duties are the highest in the world by far of any large country."

That may seem like a decent commitment, but it does little to encourage Indian consumers to drive these vehicles or auto manufacturers to make them. Because average household incomes are low, the overall market is dominated by more affordable scooters and motorbikes, or three-wheeled rickshaws. Most conventional models cost somewhere between 40,000 rupees ($537) to more than 200,000 rupees. Electric versions, of which only a dozen or so models are available, start at 100,000 rupees. Allowing imports with lower tariffs from China - a thriving market for two-wheelers - would give consumers choice, help raise competition and, eventually, lower prices.

If India wants to implement a China-style, top-down industrial policy, it has its work cut out. Opening up to foreign manufacturers would be a start, but it must learn to be nimble as successes mount. Tesla's sales to China started to comprise a big portion of revenue as early as 2017, before the company began manufacturing there. While that was partly thanks to relatively low import tax rates of 25% at the time, it also reflected Beijing's desire to build out the market. The government's stance helped electric cars gain traction, boosting the entire supply chain and tipping off a self-fulfilling cycle of hype. When it was time to let foreign carmakers in, Beijing had its own budding electric champions. Now Tesla is exporting cars from its Shanghai factory to Europe.

As China knows all too well, building a large auto industry isn't the same as creating a high-quality, domestic one. State planners' years-long struggle to produce the best cars in the world were hampered by unfocused subsidies and plans. With green vehicles, however, Beijing's policies have evolved year after year, targeting separate parts of the value chain - from consumers and manufacturers  to the types and quality of batteries.

That's precisely what India needs now - its own holistic model that touches on auto parts, infrastructure and consumer incentives for electrics and hybrids. This could include manufacturing batteries for smaller vehicles; building more swapping stations to address drivers' anxiety about how far they can drive; or bigger and broader subsidies for car buyers in a highly price-sensitive market. Battery recycling, too, could help lower prices and improve longevity.

Old policies have not worked, so ultimately India will have to come up with new ones that are suited for the tough terrain. If foreign companies can smooth the way, that's a helping hand worth grabbing.