Mulayam Warned Akhilesh Against 2 Alliances. Right On Both

The breakup of the "mahagathbandhan" (MGB or Mega Alliance) between Mayawati's BSP and Akhilesh Yadav's Samajwadi Party is now semi-official. And both the regional UP heavyweights are staring at a bleak future, an existential crisis caused by the post-Mandal politics of the unbeatable team of Narendra Modi and Amit Shah.

The historic alliance was a joint enterprise by Mayawati and Akhilesh Yadav to stop the BJP in its tracks in Uttar Pradesh (80 Lok Sabha seats); voters, however, had other ideas.

The alliance was routed, getting a paltry 15 seats; the BJP aced 62 while its partner Apna Dal got two.

The caste arithmetic that the MGB and their third partner, Ajit Singh's Lok Dal, had counted upon went nowhere. Modi's chemistry and huge nudges to his OBC origins saw the BJP make substantial inroads to the non-Jatav Dalit vote (Mayawati's caste) and non-Yadav OBC votes. The party got a bigger sweep with the upper castes in UP seeing a counter-polarization in favour of the BJP. 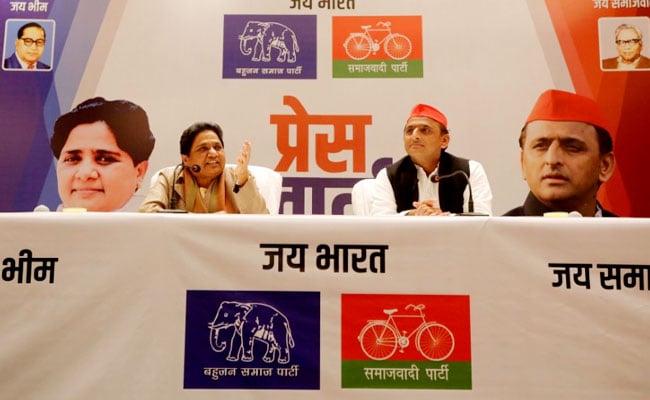 The alliance between Uttar Pradesh rivals-turned-partners Mayawati and Akhilesh Yadav may be all but over after their disappointing national election performance.

This led to a perfect storm sending Mayawati and Yadav Junior crashing to an abysmal low. Not helping: the Congress, which played spoiler for the MGB in ten seats while managing its worst-ever performance in UP with the party winning only Sonia Gandhi's constituency of Raebareli. Rahul Gandhi delivered one of the biggest headline defeats of the election by losing Amethi to Smrithi Irani.

Mayawati had a closed door meeting today with her party's leaders and coordinators where she made two important points: that the BSP would contest 11 upcoming assembly by-elections alone, which is a big shift from the party's strategy of not taking part in by-elections; she also told her colleagues that has no hard feelings against Yadav Junior who she praised as a "good person" but she said she does not want to suffer in the Yadav family soap opera. Mayawati blamed Akhilesh Yadav's estranged uncle, Shivpal Yadav, for hurting the MGB in many seats though a covert arrangement with the BJP.

Mayawati who won 10 seats this time compared to zero in 2014 was intractable about her one article of faith - the BSP manages to transfer votes to any partner she chooses but the reverse does not happen. At the meeting, she harped on this point without feeling the need to question her own role in the MGB's debacle. 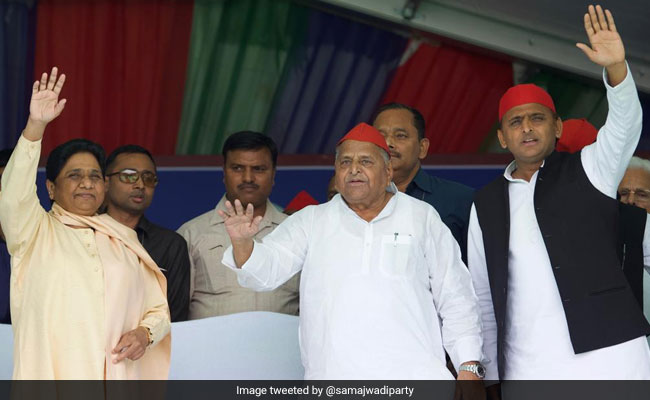 While the BSP can take heart in its rise from zero in 2014 to 10 this time, the Samajwadi party stayed where it was - five

But just yesterday, she sacked several of the BSP's office bearers and coordinators in UP and other states such as Madhya Pradesh. Apparently, everyone is to blame except the 63-year-old four-time Chief Minister.

For Akhilesh Yadav, this is easily the worst political crisis of his career. This was the second time that Yadav had entered an alliance ignoring the public warnings and wishes of his father Mulayam Singh. The earlier alliance with the Congress in the assembly polls of 2017 saw him being discarded by voters who turned in massive numbers to the BJP - that resulted in Yogi Adityanath replacing him as the Chief Minister of Uttar Pradesh.

For his alliance with Mayawati, Akhilesh Yadav had pitched her as the Prime Ministerial candidate of a united opposition (never mind that the anti-BJP bloc remained that only in the feverish efforts of a few leaders like Chandrababu Naidu, failing to paper over its cracks to consolidate in any meaningful way). Implicit in his understanding with Mayawati was that Yadav, 45, would then be their candidate for Uttar Pradesh's Chief Minister in the 2022 state election. Game over, today.

And Yadav is now facing an escalating crisis in his party over his poor leadership calls. The unravelling of the alliance leaves Yadav with very little elbow room for maneuvers. Yadav Junior has run the gamut of political options from his "kaam bolta hai" (judge me by my work) to falling into back-to-caste basics. Nothing has worked for him in connecting with voters in his home state. 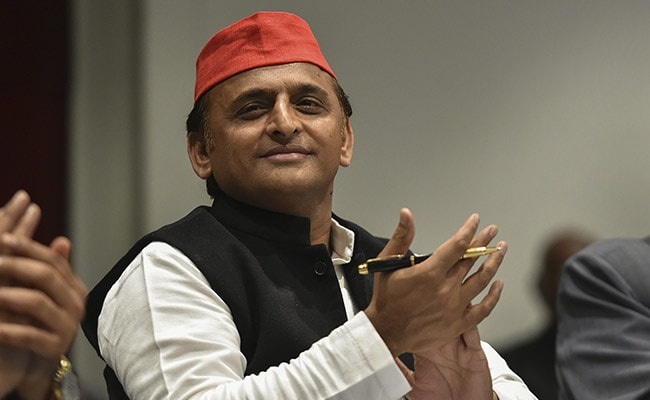 Worse, his non-Yadav OBC vote is being whittled away clinically by Shah. And the image of a repeated loser in UP is causing huge cadre problems.

Both Yadav and Mayawati currently have no counter to the post-Mandal politics that they have been abruptly forced into by the BJP's win. Where caste has been trumped by allegiance to a Hindu identity.

It was long a Sangh dream to ensure a united "Hindu Samaj", one not riven by caste as a defining electoral factor but voting as en bloc Hindus. The BJP has certainly achieved that to a large extent in UP, leaving caste-specific parties reduced to only their own vote bank with others gravitating towards the BJP.

BSP founder Kanshi Ram had said that "Mandal" (caste politics) was an answer to the "Kamandal" (temple politics) of the BJP. The popular slogan then was "Mile Mulayam Kanshi Ram, Hawa Ho Gaye Jai Shri Ram" (Yadav and Kanshi Ram have come together and made the Ram issue irrelevant). Both the regional parties will have to find a counter to the BJP or they stare at slow attrition and extinction much like the Congress in UP today.

Banking on unimaginative caste arithmetic won't work anymore. Meanwhile, Shah continues to be a lucky general he is looking at a four-way split opposition in UP. That always benefits the BJP.