Wherever Modi goes in the world, the razzmatazz is bought at enormous cost to the country and in surrender of our larger national interests. One example was the cruise on the Seine he got with France's high and mighty in April 2015 as a result of his compromise on buying Rafale fighter aircraft, detailed earlier in this column.

The latest is his abuse of executive authority in agreeing with Obama in Washington, of his own sweet will, without consulting experts and without the concurrence of his cabinet, to splurge over Rs 4,00,000 crore ($21 billion) on six AP1000 Westinghouse nuclear reactors. There was no tender. There was no open bidding. Worse, Westinghouse were assured they would be indemnified in the event of a nuclear accident under an international legal commitment, the Convention on Supplementary Compensation (CSC). India acceded to CSC in February 2016, even as preparations were on for Modi's nth trip to Washington, notwithstanding the obvious contradictions between the CSC and India's own domestic legislation, the Limited Liability Act passed on Dr. Manmohan Singh's watch during the UPA-II government.

This apparently was in exchange for Obama reiterating his support for India's bid to secure entry to the Nuclear Suppliers' Group (NSG). And this, of course, amounted to knocking at the wrong door for the US had long committed itself to supporting India without assuring us - as George W. Bush had assured Manmohan - that the US would pull out all diplomatic and not-so-diplomatic stops to get us NSG membership as they had the "one-time waiver". This was essentially because there is no commercial gain for the US from India's NSG membership, while the "waiver" opened the way to the US to sell nuclear power reactors built by their moribund nuclear power industry, the source of campaign funding for Bush, to the world's most lucrative market - India - at a time when most Western countries and Japan are shutting down their plans and plants for nuclear power in the wake of Fukushima and the earlier accidents at Three Mile Island and Chernobyl, not to mention dozens of smaller accidents that are quietly hushed up. 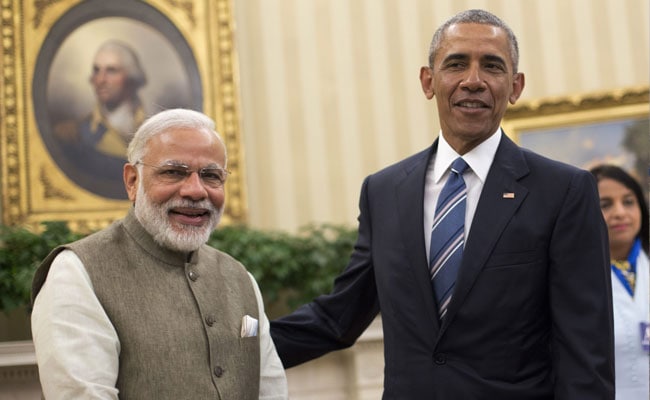 US President Barack Obama meets with PM Narendra Modi in the Oval Office of the White House in Washington on June 7, 2016 (PTI Photo)

The right door for Modi to knock at was, of course, President Xi Jinping's - quietly, unobtrusively, as a gesture of friendship and cooperation in the spirit of Panchsheel. Instead, Modi's visit to Washington, where he proclaimed his "historic" alliance with the United States at just the juncture where the US is trying to draw us ever closer into the net it is throwing around China, immediately preceded Modi's dash to Tashkent to fall at Xi's feet to beg Chinese support. Little wonder, Modi was spurned. In consequence, we are saddled with six Westinghouse reactors but no membership of NSG. How's that for a double whammy?

There are several major unresolved issues arising out of the Obama-Modi joint statement issued in Washington that "welcomed the start of preparatory work" on putting up these six reactors in India. The first is that Westinghouse is only nominally an American company. It was bought by Japan's Toshiba in 2006 and Japan's IHI is also invested in Westinghouse. Moreover, it is only Japanese companies like Japan Steel Works that have the capacity to make the large forgings that must go into the construction of Westinghouse reactors. All this requires, besides Obama's go-ahead, the consent of the Japanese government, the Japanese parliament and Japanese public opinion. And all three are deeply suspicious of an India that refuses to sign the Nuclear Non-Proliferation Treaty (NPT), is armed with nuclear weapons and is in confrontation with two other nuclear-armed states, China and Pakistan.

Which is why Shinzo Abe, despite being the most pro-Indian and most hawkish PM Japan has had since World War II, could no more than "agree to agree" when he visited India last December. No agreement could be signed till the "technical details" were sorted out - and these technical details include all the points of ideological disputation mentioned above. In short, the December joint statement amounted to confessing that there is an agreement to agree but until an agreement is reached, the lack of agreement would keep disagreement simmering!

In such circumstances, would Toshiba, the owner of Westinghouse, really move forward? Please also note that the Japanese angle would continue to be a stumbling block even when - and if - we get to GE's reactors or Areva's, for the former has heavy Japanese investment and the latter needs both Japanese technology and large-scale engineering facilities available only in Japan. Frankly, Modi is stuck even if he won't admit it. 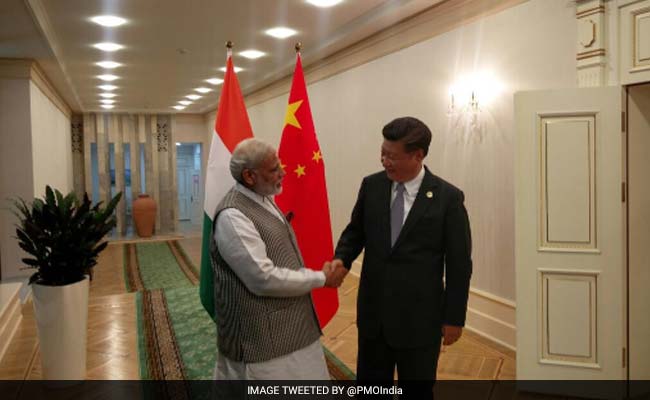 And perhaps that's just as well because Toshiba have reported that after acquiring Westinghouse, their net operating losses have risen to nearly $300 million. They have, therefore, offered a "write-down" of $2.3 billion on their Westinghouse asset. What the Japanese correspondent, Kana Inagaki, has recently described in the Financial Times of London as "persistent concerns about the economic viability of Westinghouse's AP 1000 design" have, in the immediate past, led to the postponement "by at least four years" of two of the Westinghouse reactors ordered by a Florida utility and the cancellation of two others by the intending buyer, the Tennessee Valley Authority who have called this "fiscally responsible action". Why are we in the market for such a lemon?

Extrapolating from the capital costs of the two Westinghouse reactors actually being built in the state of Georgia in the United States, two India scientists, Suvrat Raju of Bengaluru and M.V. Ramana of Princeton, have calculated that whereas Westinghouse's capital costs translate into Rs 70 crore per megawatt, indigenous Indian reactors are installed at Rs 10 crore per megawatt, that is, "seven times lower" than Westinghouse. Such dauntingly high capital costs, they argue, would render Westinghouse's first year tariffs at Rs 25 per unit of electricity as against Rs 4 from coal and Rs 5 for solar power. How can we possibly afford the AP 1000s that Modi has so blithely committed himself to buying if Westinghouse chooses to enter India? Has he completely forgotten Enron leading us up a similar garden path - from which we were saved only because Enron executives, including those operating in India, were jailed in the US for fraud and extortion?

Bending backwards to accommodate US concerns cannot be the way forward. We have to go in for well-tested designs that are economical and with proven safety records. The three western firms in the running are so uncertain of their safety features that even with a cap of just $250 million on their liability in the event of a nuclear accident they are shying away from selling to India for fear of what they might bring upon themselves. Union Carbide, with its 15,000 deaths, is a ghost that cannot be wished away, especially when minimally 1,50,000 India citizens will die if anything goes wrong with nuclear power plants. That is the danger the Modi government is keeping under wraps as it desperately tries to woo the US and bail out its dying nuclear power industry.

Let none of us forget that the clean-up at Fukushima is costing the Japanese taxpayer at least $200 billion. As the NSG waiver enables us to purchase the tiny amount of uranium we need for electricity generation, and India's heavy water reactors do not need enriched uranium for civil use, and light water reactors come with associated fuel contracts, why are we bankrupting ourselves and putting our people in mortal danger so that Modi can dine at the nuclear high table?