How Many Trumps Does It Take To Not Change A Lightbulb?

There is speculation that the Trump administration will attempt to roll back the 2020 standards further in coming months, even though it would hardly seem legal.

Of all the counterproductive policy campaigns conservatives have waged in recent years, among the most irrational has been their war on the federal government's efforts to update the lightbulb. Swapping out all the old incandescent bulbs across the country would save an astonishing amount of energy, which would translate into big savings for consumers and less pollution over time. But Republicans stymied the Obama administration's efforts to pursue this policy, which has no downside, and the Trump administration is now using its power over federal efficiency standards to extend the rollback.

Twenty years ago, the common lightbulb was little different from the incandescent bulb that Thomas Edison invented. It was extremely cheap but wasted a lot of electricity in heat and burned out quickly. With compact fluorescent bulbs available and light-emitting diode (LED) technology on the marketable horizon, Congress in 2007 mandated a long-overdue shift toward better bulbs.

As bulbmakers invested in manufacturing lights that use these updated technologies, prices dropped. Though the initial stages of the transition elicited complaints that compact fluorescent bulbs took a while to turn on and did not emit the same quality of light as the old incandescents, newer bulbs, particularly LEDs, turn on instantly and give off light of any shade - or, among some popular brands, any color. Consumers' initial investment in more expensive bulbs pays off in lower electricity bills, as the new ones gobble up far less and shine for years.

All of this has happened despite Republicans denying the Obama administration the ability to set new efficiency standards under the 2007 law. That progress has come about because the law contains a backstop provision demanding minimum levels of efficiency from commonly sold bulbs, starting in 2020. On its way out the door, President Barack Obama's Energy Department managed to get one additional rule on the books that would expand on the progress, insisting that along with the most common residential lights, bulbs for candelabras, recessed lighting, heavy-duty applications and others also be subject to the 2020 minimum standards. 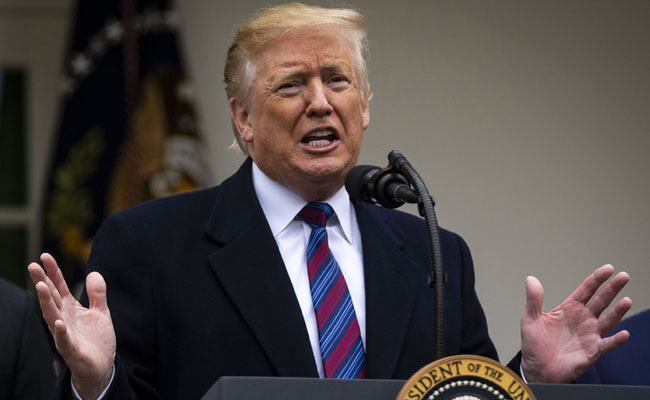 This is the rule that the Trump administration moved last week to eliminate, despite the fact that the 2020 standards would have saved consumers billions of dollars per year and 140 billion kilowatt-hours in energy waste - the equivalent to the output of 45 coal-fired power plants - in 2025, according to the Appliance Standards Awareness Project, which advocates stiffer efficiency programs.

Exempting candelabra and other lights from the 2020 standard could cut roughly in half the number of bulbs that would be required to use better technology, research from the Lawrence Berkeley National Laboratory suggests. The Appliance Standards Awareness Project estimates that the change would cost consumers an additional $12 billion per year in 2025. And painless emissions cuts would be left on the table.

There is speculation that the Trump administration will attempt to roll back the 2020 standards further in coming months, even though it would hardly seem legal.

There is no excuse for unnecessary energy waste and every reason for the federal government to coordinate a move toward better bulbs. The Trump administration should halt its know-nothing rollback.