This is what happens during an ugly divorce - a laundry load of dirty linen is hung up for public viewing, and the owner of the laundry runs away. Think of the latest Bollywood controversy that erupted when Samajwadi MP Jaya Bachchan spoke during Zero Hour on the opening day of this session of parliament. Let's call it a dramatic 'First Day, First Show' moment, which is common currency in showbiz. Over to Bollywood vs. Bollywood.

Mrs. B took off and how! Known for her outspokenness and straight talk, inside and outside of parliament, Jaya decided it was about time someone (she!) put things in perspective about the entire 'Charsi Bollywood' debate that has become a news story ever since Sushant Singh Rajput's tragic death. Bollywood has never had it this bad, and as a veteran actor, Jaya obviously felt incensed enough to silence a few loudmouths who she says are giving a terrible name to the entire film industry by painting everybody with the same brush.

Starting with Loudmouth No.1. On the face of it, the obvious object of her ire was BJP MP. Ravi Kishan, who had spoken about the "drug addiction in the film industry". Jaya Bachchan would have none of it! What drug cartel was this chap talking about? She accused her co-parliamentarian of ingratitude, referencing a common Hindi saying involving a food-laden thaali. In short, this insensitive man was biting the hand that has fed him and made him what he is. She was equally upset by the manner in which social media was 'flogging' the film community at large, and, fumed the lady, the government was not doing a damn thing about! Tch! Tch! This is pretty shabby of the sarkar. The movie industry, as Jaya pointed out, provides direct employment to 5 lakh people and indirect employment to 5 million! Some of India's highest tax-payers are movie stars! Plus, the patriotic film community always stands by the government in times of national crisis. 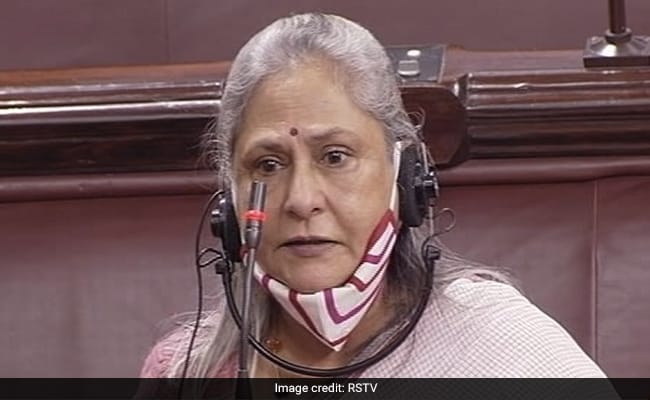 Don't forget, the film industry also brings a great deal of international fame and recognition. Take a bow, Chaitanya Tamhane - Bollywood may now give you the recognition Venice just did! Naturally, Jaya was distressed by the lack of government support. She demanded 'protection' (no, not the Y-Category wala protection - that's reserved for another outspoken film industry lady). But first, the BJP parliamentarian had to be shown his proper place. For Ravi Kishan had had the temerity to badmouth Bollywood! Imagine his nerve! Jaya Bachchan is seriously bugged - how dare he? This sort of targeting and tarnishing of an industry that has created and nurtured him - and thousands like him - was clearly an act of ingratitude, thundered Mrs. B. And she wants the 'slander' to end. She has found support within the film community - it's always a good move to attempt damage control as a cohesive, united industry, protecting its own interests. Jaya B's got your back, guys!

Ravi Kishan hastily back tracked and swallowed his words (nothing was left behind on the empty thaali) as he weakly explained his position, making it worse for himself. He said things were different in his time, squarely accusing the present generation of stars of being naughty. Let me not go into his bizarre conspiracy theory - the one about Pakistan-China getting together to destroy our great and glorious film industry by drugging it. Wait a minute - why does Pakistan feature so prominently in Bollywood controversies these days?

She got Jaya Bachchan's goat by calling Bollywood a 'gutter'. Gutter, not sewer. Not nullah. There's one hell of a lot of glitz in that gutter, I guess. So, nobody has really cared to notice the grime and garbage underneath. Nobody, that is, except Kangana Ranaut (correct spelling right here, mediawalas, please note). Ms. Ranaut is back in Manali, relieved to have left the gutter behind. Her heart is heavy. Very heavy. But Jaya Bachchan is not interested in Kangana Ranaut's heart. Like everybody else, she is wondering what will emerge next as her statement. A lot, as it turned out. Ms. Ranaut came straight to the point, got intensely personal and asked bluntly if Mama Bachchan would have said what she did in parliament had her own children been targeted the way she, Kangana Ranaut, has been singled out and attacked. We breathlessly await Mrs. B's response. Maybe she'll point out to Ms. Ranaut that her own, exceptionally well-behaved children (Shweta and Abhishek) have not compared Mumbai to PoK? And does anybody really think the Bachchan bachchas are 'out of control'? No, na? But someone out there clearly is...theek hai? 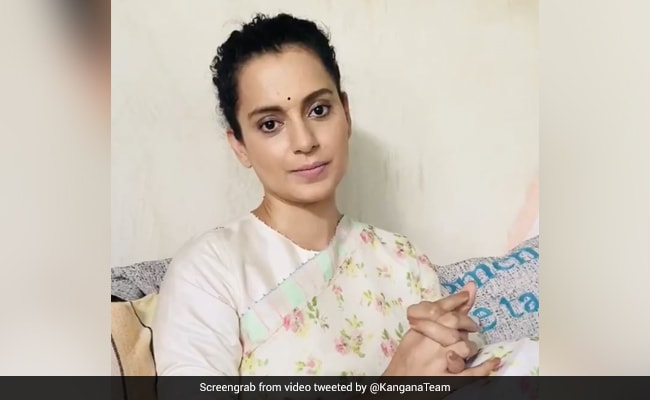 Till then a quick recap. Bollywood is anything but a soft target. And there is absolutely no justification in Bollywood playing the martyr role or pulling out the victim card at this juncture. Sorry, boss. Bollywood is Bollywood - a unique place, often called a Dream Factory. Bollywood does not manufacture toothpaste or biscuits. It manufactures fantasies. We love those fantasies. Which is why Bollywood remains as yummily successful as it is. Like in any other industry, there are amazing people in Bollywood, and some not-so-amazing. But, come on - do you care to know the amazing and not amazing folks in, say, a multinational company like Colgate? So, all that goody-goody talk and complaints about 'slander' is most misplaced. It's absurd to project Bollywood personalities as 'scapegoats' or 'sitting ducks'. Of course people in Bollywood do drugs, drink themselves silly, fool around, perhaps far more than regular working class people. Makes perfect sense - Bollywood thrives on glamour and projection, illusion and make believe. That's what makes Bollywood so seductive and magnetic. Fans feed off every little nugget emerging from Bollywood's maws. Particularly stories about wild parties, cocaine consumption, binge-boozing and crazy hook-ups. Which ordinary person can afford such indulgences even if the desire exists and the person wants to go ahead and snort?

We love Bollywood because it is Bollywood - frenetic, lunatic, creative, inventive, over-the-top and delirious. Excess is what keeps showbiz going. Movie stars lead lives that cannot be equated or compared to the lives of other successful professionals. The unspoken reality in urban India is that drugs are everywhere and everybody is smoking up - bankers, lawyers, doctors, corporate honchos, sports stars, assorted socialites, artists, fashion folks, chefs - those who can afford the stuff, do the stuff! But who cares about some suit doing lines in the loo during a key board meeting?

The clean-up drive is a waste of time. It's far better to be upfront and deal with Bollywood the way it is, without dousing heavy-duty sanitizer on all its colourful denizens. Or white-washing and spray-painting the grime. There are saints and there are sinners - they coexist in shanti. Bollywood is not Juhu beach which can be cleaned up thanks to the efforts of a few. Bollywood was and remains a badass monster.

Till then, lie low, actor log - and keep your nostrils clean!