Opinion: Modi's "Aurangzeb" Remark Reveals BJP's Only Strategy For UP

Inaugurating the Kashi Vishwanath Dham corridor, Narendra Modi presented the project - and by extension, his Prime Ministership - as an intervention in a centuries-old conflict. "Whenever an Aurangzeb comes along, a Shivaji rises. For every Salar Masud, there is a Suheldev." Leave aside the fact that Salar Masud and Suheldev belong more securely to legend than verifiable history. The history of Kashi was framed as a battle between good Hindu kings and evil Muslim ones.

In Varanasi, the Prime Minister was self-evidently in campaign mode. He was, in effect, asking the voters of Uttar Pradesh to be more concerned about the events of the eleventh and seventeenth centuries than those of 2021. 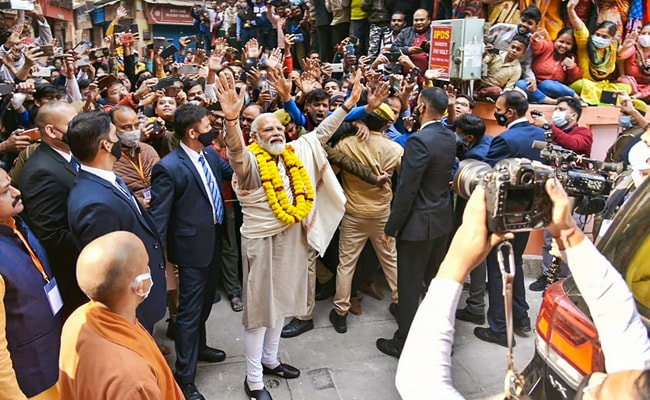 Six months ago, UP, like the rest of India, was overwhelmed by the Delta variant. In July, Arvind Subramanian, Chief Economic Adviser in Modi's first term, estimated that the true Covid death toll in India was between 3 and 4.7 million. He cited UP as a state whose official death count from the second wave appeared egregiously inaccurate.

No state government emerged with credit from the second wave. But the UP government's response went well beyond negligence. Not only did the government insist, against all evidence, that there was no shortage of oxygen in any UP hospital, but it threatened action against hospitals that admitted a shortage. As recently as last week, UP Health Minister Jai Pratap Singh declared that not a single death in the state was attributable to a shortage of oxygen. The message to voters: forget about our failure to prevent the deaths of your loved ones, what really matters is getting even with Aurangzeb.

It is not that Modi's recent speeches - or Adityanath's - consist merely of attacks on long-dead Muslim kings. Plenty of time is spent talking about infrastructure investment and welfare schemes. But the anti-Muslim dog whistles - "Abba jaan", "kabristan" - are never long in coming. 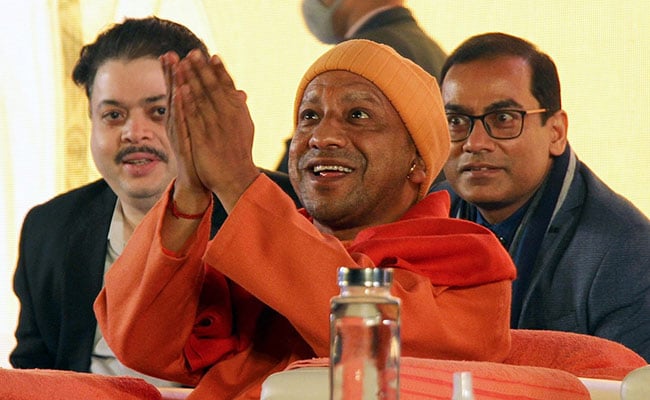 It will be objected that this kind of description is insensitive to Hindu feeling in Varanasi and elsewhere, that the wounds of the seventeenth century are unhealed, and that as long as a single mosque stands on land that may once have been a temple, they will remain so.

Perhaps the most persistent quarrel in Indian historiography concerns the long-term roots of Indian secularism. On one account, secularism is a Western construct artificially imposed on a population whose true desire is a Hindu Rashtra (euphemistically, a "civilisational state"), and Hindu society is, in Naipaul's phrase, a "wounded civilisation" psychologically yet to recover from Muslim rule. On another, Indian (or at least north Indian) culture is composite, and Hindus and Muslims broadly got along before the arrival of the British.

A third camp, consisting primarily of liberal opponents of Hindutva, have argued that exaggerated narratives of Hindu-Muslim harmony have helped feed the rise of the BJP. A generation ago, Dharma Kumar wrote that the authors of such narratives had "drain[ed] Indian history of much of its meaning." More recently, Kapil Komireddi has accused such "well-meaning distortions" of "infantilising" Indians and allowing the Hindu right to claim that the secular project rests on a bed of lies.

It is difficult to dispute that, on left and right, history-writing has all too often been at the service of political objectives. A politically-neutral reading of our history turns up countless examples of bigotry, suspicion and violence, as well as peaceful coexistence and cultural fusion. The political question is thus not "what sort of society are we" but "what sort of society do we want to be?"

Like the question, "What sort of person do I want to be?", this presupposes a range of outcomes, rather than destiny, and the agency to achieve a better outcome. The essence of all democratic politics is the belief that we can collectively make the future, for good or bad.

Even the strength of anti-Aurangzeb feeling among the contemporary Hindus of Uttar Pradesh is substantially the product of politics. A detailed account of this process is contained in Jugalbandi, Vinay Sitapati's recent history of the BJP. As Sitapati shows, the RSS has always been distinctive within Hindu society for the extent and intensity of its obsession with Muslims. The idea that a UP election should be about settling scores with the past is not an inevitability, but an achievement, of a rather grim kind.

In any case, it is senseless to pretend that the grievance voiced by BJP leaders and supporters is actually against Aurangzeb. The real targets are India's 200 million Muslims, a community that, by virtually every metric, is at or near the bottom of the hierarchies of social, economic and political power.

If you want to know how far removed our world is from Aurangzeb's, consider this. In the 40 years since AR Antulay's resignation as Chief Minister of Maharashtra, not one Muslim has been elected Chief Minister of a Hindu-majority state. There are nearly 30 million voting-age Muslims in Uttar Pradesh. Aurangzeb himself is about as likely to become Chief Minister as any of the 30 million.

Those who respond to this fact by citing the absence of Hindu Chief Ministers of Jammu and Kashmir, or Hindu Prime Ministers of Pakistan/Bangladesh/Sri Lanka, give the game away. Whataboutery of this kind is ultimately an expression of defeatism about one's own country, a deployment of the failures of others in pursuit of lower aspirations for ourselves.

"I recognise no limits to my aspiration for our motherland," wrote Gopal Krishna Gokhale. Behind whataboutery is the view that we are condemned to be like this only, that we should not aim to better ourselves, or be better than others.

In his two-volume history of Indian philosophy, S. Radhakrishnan argued that Hinduism's greatest strength was its capacity for improvement: as society progressed, so did religion. But this was not an inevitable process; it all depends upon the uses we put Hinduism to. He ended his history with a warning: "Indian philosophy acquires a meaning and a justification for the present only if it advances and ennobles life."

Opposition parties have responded to the BJP's anti-Muslim grievance politics in four ways.

2) Attempting to reclaim "Hinduism" from "Hindutva"

4) Playing on their own turf, rather than the BJP's.

1) is morally contemptible and politically useless. 2) is at best misguided. Most parties now lack the courage to attempt 3). In the long run, 2) and 3) constitute the vital work that we collectively have to do for the Republic to remain viable. But our present political parties are not fit for the task. The BJP's success in proliferating Hindutva is inseparable from the fact that it is a political party attached to a social movement. Most of its opponents are political parties attached to family businesses.

That leaves 4), which brings us back to the question of whether the UP election should be about the 17th century or the present day. 4) involves focusing not on the issues in which voters place greater faith in the BJP (religion, national security, corruption, the personal reputation of Narendra Modi), but on issues like inflation, unemployment, the farm laws, and the government's handling of Covid.