Rajiv Gandhi Was Attacked For This Decision. I Believe It Was Genius.

As the Supreme Court hearings on the Shayara Bano case pick up momentum, media attention also returns to the 1985 Shah Bano case. The two cases have apparently little in common. For Shah Bano's plea was for lifetime maintenance when her husband divorced her. Shayara Bano's is for the declaration of "triple talaq" and "nikah halala" (the requirement that a divorced Muslim woman contract another marriage before she can return to her earlier husband) as illegal, unconstitutional, un-Islamic and antithetical to Islam itself.

Will the eventual judgement in Shayara Bano's case spark the same sort of backlash on the inviolability of Muslim Personal Law as the Supreme Court judgement did in the Shah Bano case over three decades ago? Or will the Supreme Court consider a formula for reconciling Islamic law with civil law and the Constitutional order as parliament enacted with the Muslim Women (Protection of Rights on Divorce) Act, 1986?

Given the tremendous row over the 1986 Act that eventually contributed signally to the fall of the Rajiv Gandhi government, I find it curious that none of the many non-Congress governments that followed Rajiv's - V.P. Singh; Chandra Shekhar; Deve Gowda; Inder Gujral; Atal Bihari Vajpayee (three times); and now Modi - sought to repeal the Act on which so much opprobrium was poured when it was first proposed and which continues to be a favourite target of attack for all those - and they are legion - who revile Rajiv Gandhi and detest the Congress. Why, if the Muslim Women Act was "un-Islamic, un-Constitutional and has the potential to suffocate the Muslim women" and "undermines the secular character which is a basic feature of the Constitution", as the petitioner's two senior advocates, Kapila Hingorani and Indira Jaisingh, contended before the Supreme Court in Danial Latifi's case (2001), did none of these non-Congress governments, and Vajpayee's three BJP-led governments in particular, even attempt to repeal so pernicious an Act that allegedly violated Articles 14 (Equality before law), 15 (Prohibition of discrimination on grounds of religion etc) and 21 (Protection of life and personal liberty) of the Constitution?

Indeed, the Vajpayee government's Solicitor General submitted before the Supreme Court that "respecting the Personal Law of the Muslims itself is a legitimate basis for making a differentiation". On that point, therefore, Vajpayee and his government (that included L.K. Advani and Murli Manohar Joshi) were evidently on the same page as Rajiv Gandhi and his government.

The Vajpayee government's Solicitor General went on to argue, exactly as Rajiv Gandhi's legal advisers had done in 1986, that "a separate law for a community on the basis of personal law applicable to such a community cannot be held to be discriminatory." He went on to say "'the impugned Act resolves all issues' by making provision 'to prevent the vagaries and not to make the Muslim women destitute'".That is exactly what Rajiv Gandhi contended in 1986. Vajpayee's Solicitor General then concluded, "Therefore, the Act is not invalid or un-Constitutional". What more needs to be said?

On 28 September 2001, the five-judge bench of the Supreme Court in Danial Latifi's case concurred. It held that "the provisions of the Act do not offend Articles 14, 15 and 21 of the Constitution" and, therefore, "the Act cannot be held to be un-Constitutional."

Let us now trace how the Supreme Court arrived at this conclusion. It lay in the genius that went into the drafting of the 1986 Act by the Rajiv Gandhi government. The Act is very brief and can be read right through in just five minutes. Its purpose was to reconcile the 1985 Supreme Court judgement which held that in the matter of maintenance of Muslim women on divorce, "the Code of Criminal Procedure controls the proceedings in such matters" and "over-rides the personal law of the parties".

It is that view that a provision of a code could "over-ride" Personal Laws in certain circumstances that became, and three decades later remains, the bone of contention. Liberal opinion, including liberal Muslim opinion and, increasingly, informed opinion among Muslim women is that if a personal law grievously discriminates against women then it is right and proper, indeed the duty of the state, to "over-ride" discriminatory aspects of personal law by replacing them with more equitable provisions of civil law. The charge is that Rajiv Gandhi pandered to Muslim conservatives and fundamentalists by over-turning the 1985 Supreme Court judgement in Shah Bano's case and introduced legislation that privileged reactionary Muslim clerics over destitute Muslim divorcees.

Rajiv Gandhi found himself on the horns of a dilemma. On the one hand, his personal sympathies lay with liberal opinion that impecunious, septuagenarian Shah Bano was entitled to a much more just deal than her husband was prepared to provide. On the other hand, it was his duty to act within the framework of the Constitution that indubitably provided for Personal Law unfettered by other considerations. He was also caught in the bind of Ram Niwas Mirdha, the Congress Minister of State for Home Affairs who piloted the revised Criminal Procedure Code,1973, having explicitly and categorically assured parliament on the floor of the House that section 125 of the revised Code would not impinge on Muslim Personal Law. Yet, it was precisely section 125 that, according to the 1985 Supreme Court judgement, "over-rides" personal laws." 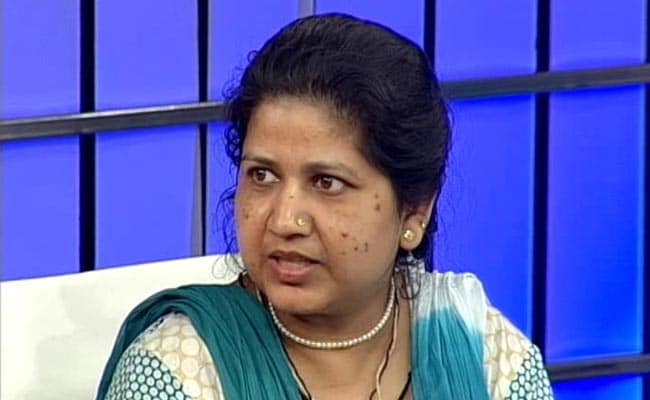 The starting point of Rajiv Gandhi's exploration of alternatives to deal with these issues was the sum of money that courts at different levels had awarded Shah Bano for her maintenance. The Magistrate, that is, the district sessions judge in Indore, had determined Shah Bano's maintenance allowance under section 125 at the munificent sum of Rs 25 per month. (You read that right: just twenty-five rupees per mensem!) The Jabalpur High Court had in its generosity increased the monthly payment to Rs 179.20 per month. The Supreme Court, in its needlessly prolix judgement, had left that amount untouched. In other words, after having raised a hornet's nest, poor Shah Bano was to get no more than Rs 179.20 to keep her from vagrancy. Even her nasty husband had voluntarily paid her Rs 200 per month for about two years after the divorce. Curiously, the army of liberals demanding that the Supreme Court judgement be left untouched failed to take any cognizance of the amount the lady was actually due to get under court decrees.

Was there some way of leaving Muslim Personal Law untouched while getting divorced Muslim women a fairer compensation from their abandonment by their husbands? Rajiv Gandhi and his legal advisers devised a set of words that resolved the dilemma. Section 3(1)(a) of the Muslim Women (Protection of Rights on Divorce) Act, 1986 was drafted to read:

"Notwithstanding anything contained in any other law for the time being in force, a reasonable and fair provision and maintenance to be made and paid within the iddat period by her former husband".

i) it was left to the courts to determine what was the "fair and reasonable" sum of money required for the lifetime maintenance of the divorced wife, bearing in mind her standard of living and her husband's resources before the divorce. Hence, instead of the nominal sum of Rs 179.20 awarded to Shah Bano under section 125 Cr.PC, henceforth the courts could determine what the divorcee's lifetime requirements were;

ii) it was also mandated that the husband would have to pay the full sum not "for" the iddat period but "within" the iddat period. Thus, before the iddat period was over and the divorce proceedings were completed, the divorced wife would be entitled to receive from her former husband the entire amount required to maintain her for the rest of her life.

While initially some High Courts interpreted the 1986 Act to mean that the husband's obligations extended only "for" the three-month duration of the iddat period, others, particularly the Bombay High Court in Karim v/s Karim, 2001, stressed that the word "within" meant that the "fair and reasonable" amount to be paid did not relate to just the iddat but extended to the entire lifetime of the divorced woman and had to be paid "within" the three-month iddat period.

When Danial Latifi's plea reached the Supreme Court, a five-judge bench decided to club it with over 25 pending writ petitions and other petitions and take into account the dozen or so conflicting judgements rendered by different High Courts.

The Supreme Court's 28 September 2001 judgement began by stressing that "Parliament endorsed by the Act the right of a Muslim woman to be paid maintenance at the time of divorce and to protect her rights". In other words, that the Muslim Women (Protection of Rights on Divorce) Act, 1986 had done what it intended to do which was "protect" a divorced Muslim woman's right to lifetime maintenance through an Act that "codifies and regulates the obligations due to a Muslim divorcee".

Thus, the Supreme Court in 2001 - 15 years ago - turned on its head all the innuendo, all the false propaganda, and all the naked lies that led to the RSS and the BJP raking up the Babri Masjid issue in the wake of the Muslim Women's Act, organizing the Rath Yatra that caused the killing of hundreds of Muslims, and the eventual destruction of the Babri Masjid which tore the fabric of our nationhood as no other action before or since has done. Yet, till today, not just Right and Left extremists but libertarians of every hue continue to contend that it was "tushtikaran" (appeasement of the minorities) that led Rajiv Gandhi to the Muslim Women (Protection of Rights on Divorce) Act, 1986.

It was not tushtikaran. It was to secure a fair deal for Muslim women victims like Shah Bano without upsetting the Constitutional pledge to our minorities that there would be no ingress into their personal laws. That is genius.

As the Shayara Bano case reaches the Supreme Court, it is to be hoped that Rajiv Gandhi's precedent in reconciling the inviolability of Muslim Personal Law with the demands of the Constitution and ordinary decency will again inform the Supreme Court as it moves towards its conclusions in Shayara Bano's case.