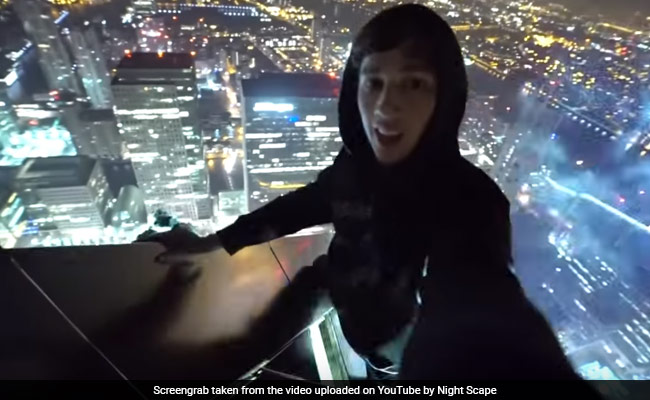 In what is being branded as a reckless and stupid stunt, two YouTubers sneaked into London's Canary Wharf and climbed to the top of the building. The pair, in a 10-minute long video uploaded on YouTube, slipped past the security gates and made their way to the pyramid roof of the 50-floor high-rise. This is when it gets crazy. While on the roof, the two are seen dangling off the edge of the building, that too without a harness.

At the beginning of the video, one of the two stuntmen is seen describing the task as 'nearly impossible'. "We are going to try to infiltrate the building called One Canada Square", he said.

Security of the building, that has headquarters of major European banks, is now being questioned after the prank. To everyone's surprise, the doors of the rooftop were unlocked when the stuntmen reached there. The Canary Wharf Group has said they are working with the police and have tightened the security after the breach.

Canary Wharf is a 235-metre tall skyscraper and the second tallest building in London. The pyramid roof itself is 40 metres high.

According to their YouTube page, the building has now been locked off. The pair, known as 'Night Scape' on YouTube, have previously done similar stunts by sneaking into buildings, including the Westham Stadium.

Going too far to get your daily dose of adrenaline? Definitely!