'Yay, Whoopie!' Sarabhai Vs Sarabhai to Return as Web-Series Soon 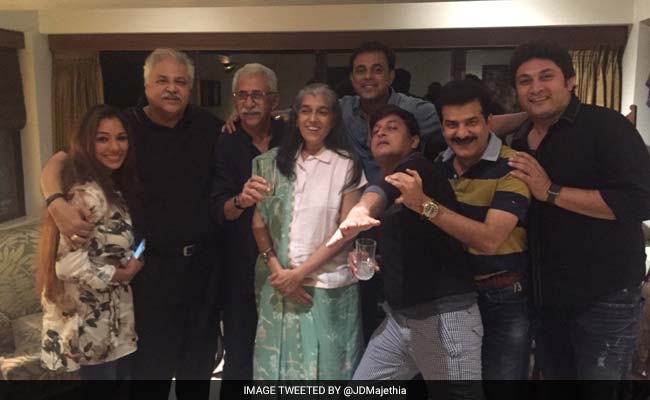 Producer J D Majethia created something of a storm on social media after tweeting photos and videos of the cast's reunion.

Dear fans of the coolest Indian sitcom ever, your prayers have been answered. If you've missed Rosesh's kavitas about his momma, Indu and Sahil taking his case over them, and Maya and Monisha's quarrels over everything middle-class, breathe a sigh of relief. Your favourite show is coming back, after almost a decade. This time as a web-series, according to a report by Mumbai Mirror.

Just yesterday, the show's producer J D Majethia created something of a storm on social media after tweeting photos and videos of the cast's reunion, along with a cryptic yet promising message: "Some good news for fans on its way."

Well, the cat's finally out of the bag and the producer has confirmed the news fans have been waiting for.

"We have received so much support from fans online some of whom have even volunteered to finance the show if it returns. During the discussion we agreed that none of us wanted a never-ending TV series but a shorter term online was a good idea. Once I return from my vacation, I will finalise the script and we will move on from there," Mr Majethia told Mumbai Mirror. Rosesh's "yay, whoopie!" exclamation is totally appropriate here.

Even the I-hate-you-like-I-love-you couple on the show, Indravadan and Maya, played by Satish Shah and Ratna Pathak Shah respectively, confirmed the news to the publication.

"Naseer (Naseeruddin Shah) doesn't usually attend parties but he was also celebrating with us till 4am and said he'd love to come on the show as a guest. The only reason we are being so careful is because we don't want to do anything rash. Sarabhai is not about individual characters, we are an iconic family," Mr Shah told Mumbai Mirror.

"I would love to play Maya, but being an iconic show the quality has to be better than the earlier series," added Ms Shah.

If these videos are any indication as to what's in store for the show, one can only expect great things from whatever's coming next.

Sarabhi VS sarabhi is equal to craziness.... there r no limits & fun never ends !!!! pic.twitter.com/9QiB14GDAr