Behind News Anchor, An X-Rated Video Played Out Live. Then, This

According to reports, the employee was watching a movie when an inappropriate scene played out unexpectedly - in full view of BBC viewers watching a news bulletin. 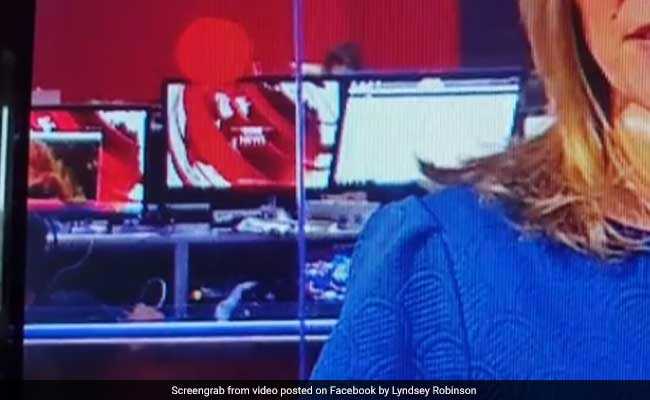 An alert viewer spotted a BBC employee watching a rather, umm, inappropriate video at work. The employee's computer screen was plainly visible behind an oblivious anchor delivering the news during a live broadcast on Monday night. The BBC viewer recorded a short portion of the news bulletin featuring the NSFW (not suitable for work) video and posted it to Facebook.

The 10-second video shows a man slumped low in his chair watching a video on his computer screen with headphones on. According to reports in the British media, the employee was watching a movie, when an inappropriate scene played out unexpectedly.

That didn't go unnoticed, however, as viewers quickly took to social media, asking if anyone else had noticed the x-rated scene play out on television.

Promoted
Listen to the latest songs, only on JioSaavn.com
"Did anyone else notice news last night on BBC??? Thought I was seeing things...but just re-watched on iplayer...nope I definitely saw what I thought I had," wrote Lyndsey Robinson on Facebook, posting the short clip as evidence of the embarrassing error.

"This has gone down like a lead balloon at the BBC. It is totally unprofessional," The Sun quoted a "TV source" as saying.

The BBC is believed to be investigating the incident. "We are establishing the facts," The Sun reported a BBC spokesperson as saying.Click for more trending news