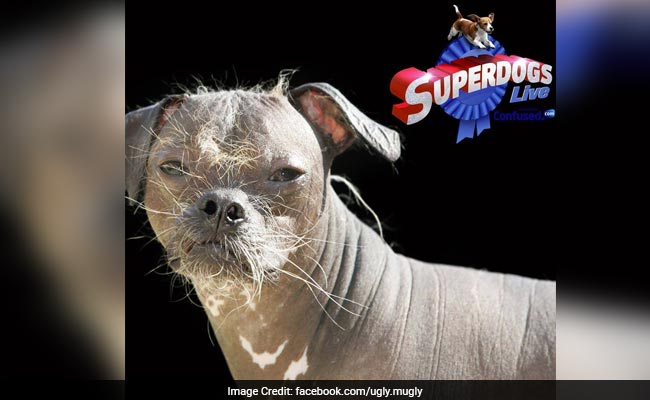 Mugly the world's ugliest dog who won the World's Ugliest Dog in 2012 competition was awarded a prize for his heroic act.

London: Mugly, who was crowned as the World's Ugliest Dog in 2012, has won the Hero award here for serving as a therapy dog and helping adults and children with disabilities.

Mugly, a 12-year-old Chinese Crested dog, has been working as voluntary therapy pet for the past six years, participating in reading programmes for children and visiting adults with physical disabilities and learning challenges as part of a British organisation, Therapy Dogs Nationwide.

He won an award for 'Most Heroic Hound' at the SuperDogs awards at the National Pet Show in London last week, the Daily Express reported.

Mugly was abandoned by a breeder when he was just three-days-old. Then, he grew into a very ugly dog - so ugly that a panel of judges in the US crowned him the World's Ugliest Dog in 2012 and Britain's ugliest dog in 2005.

Besides regularly visiting schools as part of the Read to Dogs scheme - an initiative that encourages nervous readers to speak out loud to boost their confidence - he is also involved in a project that lets children feel comfortable with animals.

In addition, he works with adults who have learning disorders and disabilities. He's been a certified therapy dog since 2010.

"He amazes me with his ability to know exactly how to be when he meets people. With a blind person, he stands completely still and lets them explore him; or when someone is upset, he pushes his body into them for comfort." said his owner Bev Nicholson.

According to the American Kennel Club, Chinese crested dog is "a toy dog, fine-boned, elegant and graceful. The distinct varieties are born in the same litter. The Hairless with hair only on the head, tail and feet and the Powderpuff, completely covered with hair. The breed serves as a loving companion, playful and entertaining.

"He is a bit like Marmite, some people love him and other people don't. Older people want a big fluffy dog to hug, not Mugly," Nicholson said.