Woman's Blocked Toilet Caused By Family Of Snakes Living Inside It

"Four.... there were four... was wondering why my toilet was so hard to flush," the Queensland resident wrote. 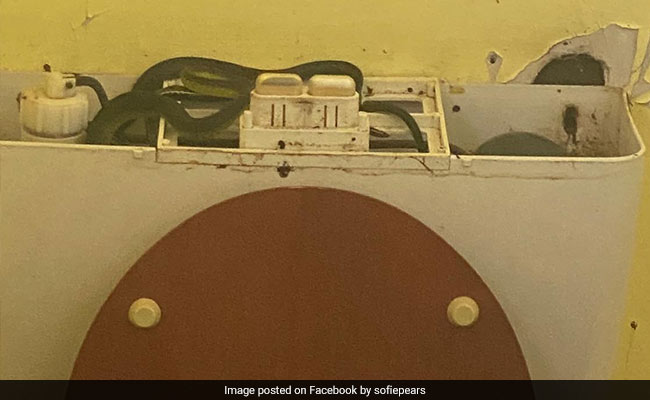 A woman in Australia was shocked to discover the cause of her broken toilet - a family of snakes living inside it. According to The Mirror, Sofie Pearson lives on a farm in Queensland. The 25-year-old had been experiencing problems with her toilet, which refused to flush properly.

"I went to the toilet and then I went to flush it and I really had to push down on the button to get it to work, so I was a bit confused," Mr Pearson explained to 7 News. "So I figured I'd just pull the top off and check what the issue was."

When she removed the lid, she was stunned to find four tree snakes coiled around the cistern.

"Four.... there were four... was wondering why my toilet was so hard to flush," the Queensland resident wrote in a Facebook post that has left many terrified. The tree snakes ranged in length from 50 cm to 3 feet.

Ms Pearson took photos and videos of the serpent family while calling a friend to come over and remove them.

"He came and wrangled them out for me, because I was not touching them," she said.

The non-venomous snakes were released unharmed into a nearby cane field. Ms Pearson believes they entered her house through loose floorboards.

This is not the first time that snakes have been discovered inside a toilet. A video that went viral last month captured a snake emerging from a toilet in Texas.