Woman Claims Chris Evans Is Her Number Neighbour. He Responds...

Here is what Chris Evans wrote in response to her tweet 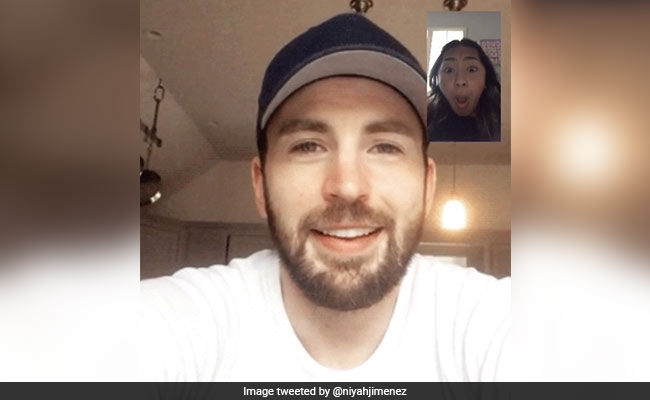 Chris Evans called out a fan who claimed he was her number neighbour.

The number neighbour trend that took over Twitter recently involves texting a phone number with only one digit different from your own. The viral trend has people messaging their 'number neighbours' and sharing screenshots of the conversations online. On Thursday, one woman claimed that she texted her number neighbour - who turned out to be Chris Evans aka Captain America.

The woman took to the microblogging website to share pics of the conversation, even including two pictures of Chris Evans where he supposedly video-called her.

Envious of her amazing good luck? Don't be. The Avengers: Endgame actor responded to the tweet to call it out as fake.

His response has gone viral with over 1.8 million 'likes' and thousands of amused comments.

I mean you tweeted her.. so she still won 😊

Can you text me pic.twitter.com/hFxirLwYcA

Lol this is brutal https://t.co/0fqYyasthe

Let us know what you think of the incident using the comments section below.