Why Won't You Play With Me, Human? Otter Chases Man In Hilarious Video

The otter chased him until he sat inside his car. 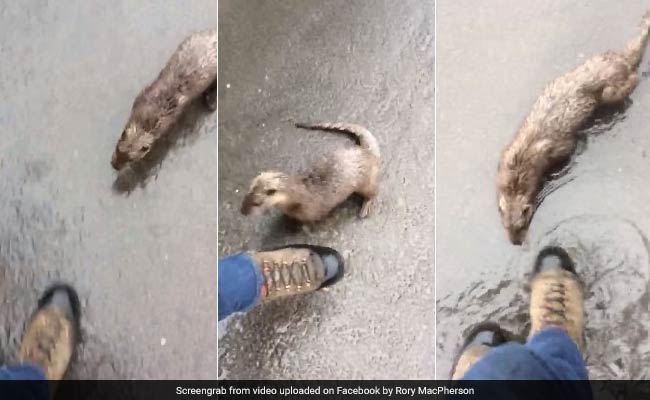 NEW DELHI: A man looking to click a picture of a wild otter got more than he bargained for when the animal chased him down a road. A video shared by Lockerbie, Scotland resident Rory MacPherson shows an otter persistently running after him, forcing him to sit inside his car.

Mr MacPherson, 24, told BBC that he noticed the otter "jumping about the road". "I nearly hit him with my car so I pulled to a stop, got out and it was still there and I tried to get closer. I don't know what made it go a little bit crazy," he told BBC. He also added that it had huge teeth and was biting his feet. His boots luckily saved him.


"Just wanted to be your friend, Rory!" says one commenter on the video. "LOL! Either young and trying to figure out what you are or guarding young. Either way, you're lucky to have seen it even though you may not feel that lucky," says another.