"Chutki we stand by you," wrote one Twitter user. 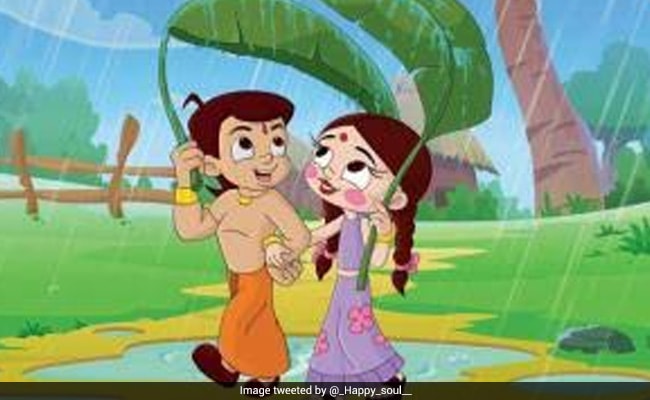 A number of Twitter users were left rubbing their eyes in disbelief when they saw #JusticeForChutki trending at the top spot last night. The reason for this hashtag's popularity was, thankfully, not as grim as one might expect - it emerged as a response to cartoon character Chhota Bheem ending up with Rajkumari Indumati instead of Chutki on the long-running animated show Chhota Bheem.

Chhota Bheem is an animated show for children that has been airing on Pogo since 2008. Set in the fictional kingdom of Dholakpur, the series revolves around a boy named Bheem. In the show, Chutki is shown to be one of Bheem's closest friends, and viewers had been rooting for the two to end up together.

Fans of the show took to the microblogging platform in huge numbers last night to express their disappointment with show makers' decision to have Chhota Bheem marry Indumati - the princess of Dholakpur - instead of Chutki.

"Chutki we stand by you. Bheem is a gold digger," wrote one enraged Twitter user.

Once a Cheater always a Cheater. Chutki we stand by you ???? Bheem Is a Gold Digger....Ladoo ky paisy wapas de saale* ????#JusticeForChutkipic.twitter.com/8QZ6ahBCzJ

"This literally broke my heart. Not even kidding," another said.

O bhaeee, this literally broke my heart, not even kidding ???? #JusticeForChutkipic.twitter.com/zvFnxsufzG

"Why have you done this, makers?" a Twitter user asked in an emotional post. "Bheem and Chutki are made for each other."

Why makers why have u done this?

Several Twitter users, however, were stunned to see people outraging over an animated show - and used hilarious GIFs and memes to express their disbelief at the bizarre situation.

Me leaving for south pole after knowing the reason why #JusticeForChutki is trending..???????? pic.twitter.com/CZh1XjeP47

That #JusticeForChutki began trending in the midst of the coronavirus pandemic only added fuel to the raging meme-fire.

When #JusticeForChutki is Trending On Twitter
Le Coronavirus to God : pic.twitter.com/mB2KfMqIbF

Let us know what you think using the comments section.