Smoking On Flights Is Banned, So Why Do Planes Still Have Ashtrays?

Here is why planes still have ashtrays, even though smoking on flights is banned 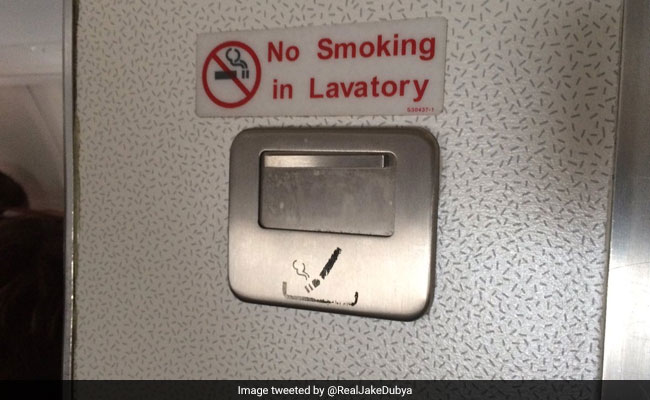 Even though smoking on flights is now banned, here is why planes still have ashtrays.

At a time when smoking in parks and restaurants has been outlawed in most places, it seems strange to think of a time when you could light up on an airplane. And yet, many are surprised to know that in the United States of America, smoking on flights wasn't fully banned until the year 2000! Today, of course, smoking on a flight is banned almost internationally. And yet, most aircrafts still have ashtrays inside the washroom.

Noticed there was an ashtray on my plane. Looked up when smoking was banned on flights. 1988. That's why the wiper broke. It's 28yrs old pic.twitter.com/NMskUej0Sj

So why do airplanes still have ashtrays? A video by Cheddar explains.

According to them, planes still have ashtrays because it is required by law - specifically title 14 of the Code of Federal Regulations, chapter I, subchapter C, part 25, subpart D, section 25.853, paragraph G.

"Regardless of whether smoking is allowed in any other part of the airplane, lavatories must have self-contained, removable ashtrays located conspicuously on or near the entry side of each lavatory door," according to the regulation.

If more than half are broken, they have to be repaired within 72 hours.

This is because regardless of laws, there are still people who try to smoke on flights - even though it could lead to fines, even arrests. In fact, just in March this year, a man travelling in an IndiGo flight from Goa to Delhi was allegedly caught smoking in the restroom. And this happens more often than you would think.

So by law, as CNN explains, the ashtrays are required so that there's a safe place to put out the cigarettes, as throwing them in the trash can lead to fires.